World Premiere of a new GTI up! concept car 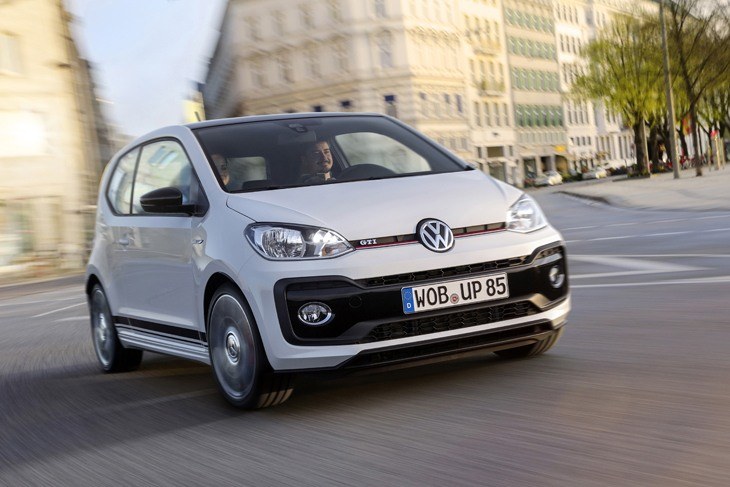 If you think Volkswagen, it wouldn't surprise me if you also think GTI at the same time, taking into consideration the generic heritage of the Golf GTI.

And that heritage is now revisited as Volkswagen turn the clock back and forwards at the same time as the German car manufacturer reveals the new up! GTI, complete with almost spot on power output of 85 kW / 115 PS. (The Golf GTI MkI presented in 1976 had 81 kW / 110 PS.) 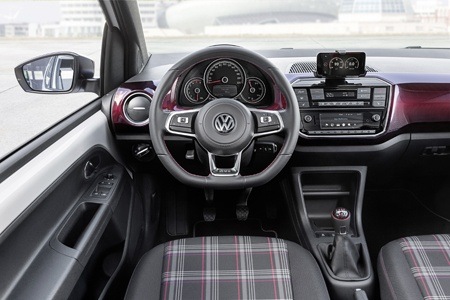 And this near-production concept car pays tribute to this icon with looks too!

Like the original GTI (and its fellow up! models) it is compact, and it is also light, sports a powerful engine, and features the typical insignia of a GTI (including red stripes in the radiator grille and seat covers in "clark" tartan pattern). Overall, it is intended that this sporty small car with a sophisticated sports running gear will bring a new dimension of driving fun with agility similar to that of a go-kart with all the comfort of a fully-fledged car.

And we will find out ourselves when the full version is actually released early next year.

The new Volkswagen up! GTI

Let us take you back 40 years to when the first GTI was launched.

It was a game changer, allowing drivers access to faster roads around the world, especially the overtaking lane of German motorways. With its red stripe in the radiator grille, the black double stripes across the side sills and the black stripe on the tailgate, the family and sports cars on the road were astonished to see this impudent little newcomer dash past them on the outside, its 110 PS powered acceleration of the light car it to 62mph in 9.0 seconds right up to a top speed of 113mph. And the launch colours of "mars red" and "diamond silver" soon became established as GTI colours.

Now let's get forward to early next year with the new up! GTI. 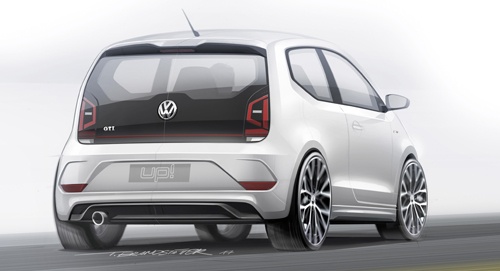 The new up! GTI continues the doctrine of its ancestor being a lightweight and no-frills 'sports car' with a compact format – inside and out - as well as classic colours so typical of the GTI: "tornado red", "pure white" and the new "costa azul blue" in plain, and metallic "dark silver"and "black pearl".

The previously mentioned powerful engine takes the car from 0-60mph in 8.8 seconds to a top speed of 122mph, and not only is it sporty but it looks it too. 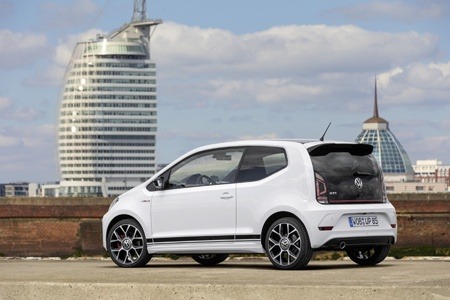 Instantly recognisable with its typical GTI insignia, the red stripe across the radiator grille with honeycomb pattern implies speed, added to by the integrated GTI logo. And it continues all round, with double stripes across the wide side sill panels. exterior mirror caps in high-gloss black and redesigned 17" alloy wheels.

Sports running gear lowers the body by 15 mm, and other GTI features include a red strip and larger roof edge spoiler at the rear, and a leather-trimmed sport steering wheel,  GTI gear knob and legendary "clark" seat pattern on the interior.

The 'new original' will be available early next year, but if you would like details on the existing up! model, contact one of our Customer Service Representatives now. 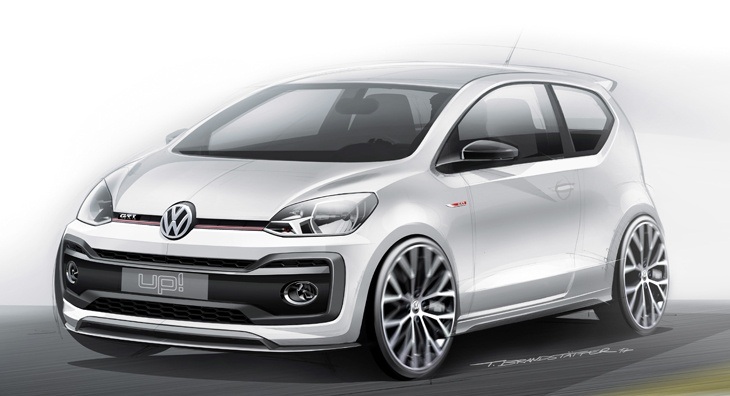