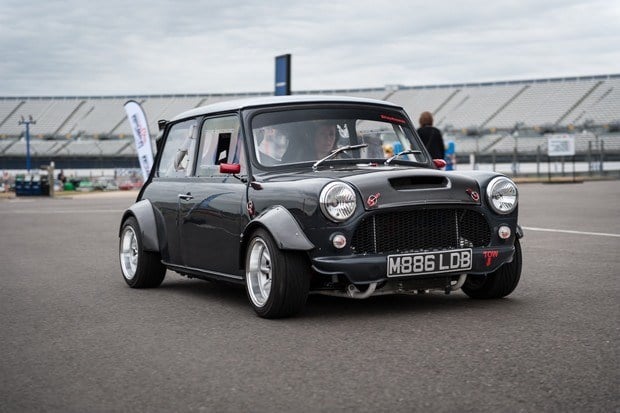 What is yours called?

Website NamesForCars.com suggests that the name that you give your car is "as important as the car because it creates a special bond between the driver and the car; a driver don’t pick the car, the car’ll pick the driver! It’s a mystical bond between man and machine!"

And with many drivers having names for their cars, it's no wonder that the organisers of Mini World Live, which takes place at Rockingham Motor Speedway, Northants, on July 10, undertook a survey to find out what names MINI drivers give their cars.

Replies came from MINI drivers and owners all around the world, including places as far afield as Australia, New Zealand, Sri Lanka, Malta and the USA, and the results were as amusing as they were insightful.

According to the survey: 51% of the world’s Mini population is male, but that doesn't mean that 49% are female. Apparently only 35% are female and 14% are neither – which either demonstrates the diversity of MINIs, the acceptance of sexual ambiguity by their owners, or the fact that they maybe aren't that bothered. But the fact remains that "anyone who’s ever owned a Mini knows it’s more than just a car." 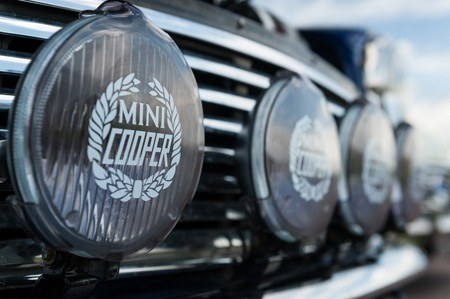 Could this be Tommy?

So what names have owners come up with? There are some obvious ones and some not so obvious.

In the boy MINIs, Marvin is most popular, closely followed by Tommy (Tommy Cooper - geddit?) and Jack, although coming up on the rails are Minion names Dave, Stuart and Bob.

And when it comes to girls, alliteration is key for females with Minnie (perhaps unsurprisingly), Mollie and Millie being the three most favoured names.

Some of the more unusual names that MINIs have got included:

Many MINIs will be on display at Mini World Live, and event manager, Katherine Chappell, commented on the survey by saying: “Mini owners have a real sense of community, and their cars are just as much a part of that community as they are. Minis, both old and new, are the most celebrated and characterful cars in the world, and with Mini World Live we want to celebrate that character.” 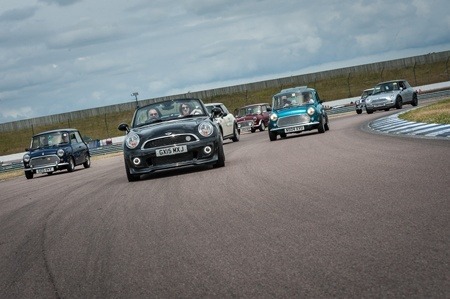 The show made its debut on the Car Show Calender last year, and was a huge success, attracting thousands of MINI enthusiasts to the Northants venue.

This year the show will feature attractions for fans of both classic and modern MINIs, including a concours competition, individual entries, a huge retail village, show and shine areas, club displays and on-track action, with visitors also able to enter a competition to win a MINI.

There is plenty of live music and refreshments along with the opportunity to camp on the evening before. More details are available at the MINI World Live website here.

For information about leasing a MINI from Nationwide Vehicle Contracts, click here.

Some facts about car names

There are some interesting facts about what people call their cars generally - and not just MINIs - according to the AA Driving School. 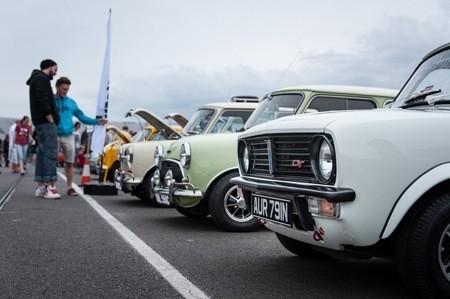 Cars get their nicknames often from their personalities

The second most popular way for choosing a name was based on 'the car’s personality’.

AA-Populus research also revealed some of the most popular and unusual names people give their cars. See if the name you have given your car is on the list below:

Jim Kirkwood, managing director of the AA Driving School, has his own ideas on not only why people give their cars names, but also on what they call them: “Most drivers spend a lot of time in their cars and depend on them for the smooth running of their daily lives, so it’s perhaps not too surprising that they name them like another member of the family.

“The fact that young drivers are so much more likely to have named a car is probably a reflection of what a huge impact passing your driving test has on your life.

“Once you get a bit older, the novelty wears off a bit but to start with the joy of driving is very real. Having said that, overall the figures seem to suggest that this is a fun part of driving that stays with many drivers long after they have passed their test.”

Now you know some of the most popular car names for Mini's, why not get one yourself and give it a name. Contact us today to see the offers we have available on Mini Coopers.