WTCC: Citroën getting ready for season start In Argentina 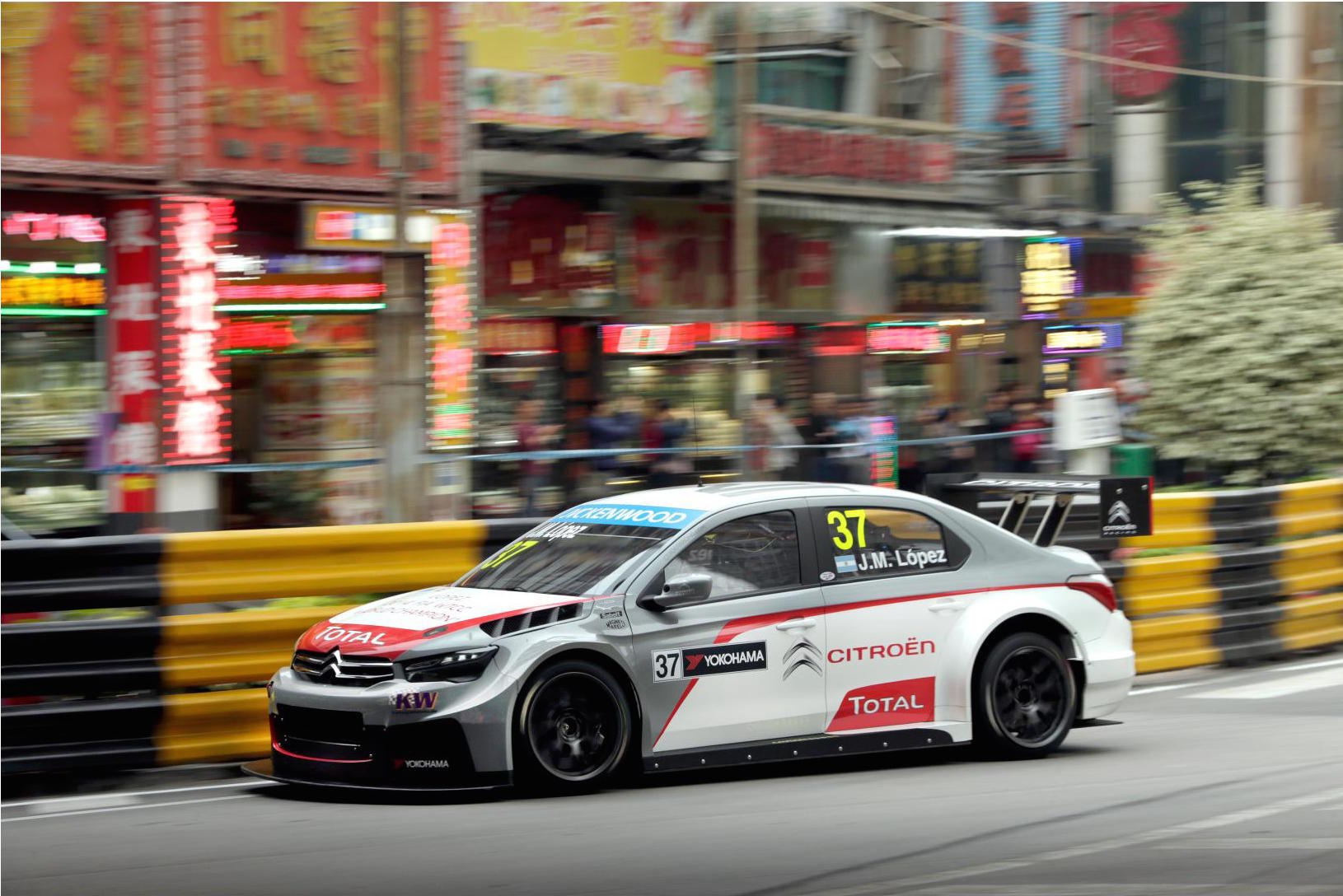 López is the man to beat in 2015 (Image credit: Citroën Racing)

It’s been a long wait since the season finale in Macau late last year, as the 2015 WTCC season gets underway this coming weekend at the Termas de Rio Hondo circuit in Argentina.

Being the new addition to the ranks of the manufacturers in the TC1 category, Yves Matton’s squad showed that they clearly meant business by taking the constructor’s and drivers’ titles last year, with José Maria López becoming the first Argentinian to capture a FIA championship since the late Juan Manuel Fangio.

The driver known as “Pechito” to his loyal fans, took his first win in the WTCC in a sole appearance back in 2013, before capturing a clean sweep last year, taking pole position and winning both races on home soil. It set López on the clear path to the title, which saw him beat the likes of teammate Yvan Muller, who was the man that was favoured for a fifth WTCC title.

The scores are now reset back to zero, as four drivers will make up the ranks, as López, Muller and Sébastien Loeb will again be joined by history maker Ma Qing Hua, who became the first Chinese driver to win in the WTCC. Mehdi Bennani will also be in the C-Elysée WTCC that will be run by the 9-time WRC champion’s team, Sébastien Loeb Racing, having made the switch from ProTeam Racing and the Honda Civic they will now race with Dusan Borkovic.

Loeb will now be looking to make less mistakes this year, and go better than finishing third overall in his rookie year, as his circuit racing skills progressed as the season went on last year, proving his pedigree.

However, Citroën Racing decided to stick with stability for the forthcoming campaign, when it came to their driver line-up, but are well aware that their rivals will have made good progress during the winter.

“We haven’t done a lot of testing this winter,” explained Matton, who also has to continue the work with the French manufacturer’s WRC commitments, which already got underway at the Monte Carlo rally back in January. “That said, we had already worked on some changes to the cars, which will be showcased at Termas and throughout the season. The five Citroën C-Elysée WTCCs competing in Argentina have a new front suspension system and an altered aerodynamic setup. Each of our drivers has prepared very conscientiously, in his own way.”

That being said, Matton also mentioned about the fact that the competition will be fiercer this year, but the end result that Citroën is looking for is paramount: “Our drivers will have to work together to make sure Citroën comes out on top. Our goals are simple: to do as well as we did in 2014 and retain our titles.”

López will begin his title defence on home soil, and is excited ahead of the task that stands before him: “Everyone who was at Termas last year saw how passionate the Argentinian people are about motor sport. Everyone will be behind me, at a track I know like the back of my hand. It is going to be vital to start the season well, and if there’s one place where I can do that, it’s here. Every year, the first round brings its fair share of challenges. I haven’t changed, but my rivals know all about me now. They know what I’m capable of and they’ll have me in their sights.”

Muller, whose car will be sporting #68 this year, said that it will be a different feeling starting in very summery conditions in Argentina, but emphasised on the fact that the start of a new season gives a fresh chance for new opportunity: “I’m in a good frame of mind. I feel calm and I don’t feel any pressure. I can’t wait to get going. It’s been a long winter. I’ve thought a lot about last season and about what I needed to change to get back to my best. I’m confident about the improvements made to the car and the team has a year’s experience behind it now, which will be invaluable in helping us hit the ground running.”

Loeb, who stated that he is not as used to a long off-season, especially with a brief break of approximately a couple of months that the WRC has between seasons being what the Frenchman is used to, is looking forward to going back into action: “My goal is to use the experience I have gained to keep on improving. I want to compete with Pechito and Yvan for the top places, score plenty of points and win more regularly. With five new circuits on the calendar this year, local experience won’t count for as much and that will be good for me. The changes made to the Citroën C-Elysée WTCC have worked well in our test sessions. Let’s hope that they will work on the other circuits too, starting with Termas.”

Hua will now take part in his first full season in the WTCC, but is aware that racing at Termas will see him at a slight disadvantage to his teammates and rivals. But the Chinese driver has made sure he is ready to go fast when the lights go out: “I prepared over the winter, with plenty of physical training and two good test sessions. I think the technical changes suit my driving style. I want to finish every race and in a good position too. It’s about time we saw more Chinese flags on the podiums.”

Will Citroën come flying out of the blocks as they did in spectacular style last year in Marrakesh, or will some of their rivals have something to say about that? We’ll find out this coming weekend…