The BMW iX xDrive50 unleashes over 500hp and accelerates from 0 to 62mph in under five seconds (BMW iX xDrive40: over 300hp and 0 - 62mph in just over six seconds). Add to this the electric all-wheel drive system and instant power transfer when the pedal is pressed, and the exhilaration is nothing short of spine tingling. 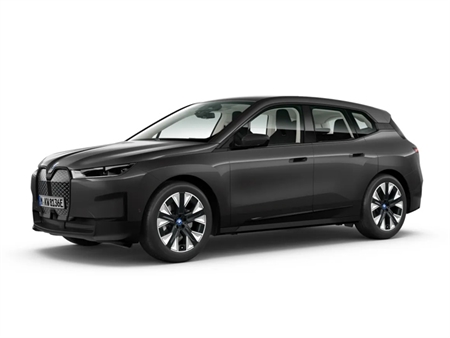 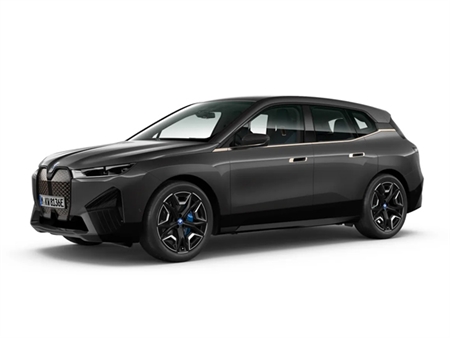 How much does the BMW iX cost?

Monthly lease prices for the new BMW iX start from £636.56 per month with Nationwide Vehicle Contracts.

If you are interested in leasing the BMW iX, you can customise your quotation with your preferred contract term, mileage and initial rental via our website.

Please be aware that our lease deals change regularly, so if you see a BMW iX leasing deal you are interested in, be sure to register your interest early to ensure you don't miss out!

Is the BMW iX an electric car?

Yes, the BMW is a full-electric car. Built on a bespoke EV platform, it uses BMW's fifth-generation eDrive electric motors to power the vehicle. It is available in two versions: the BMW iX xDrive40 battery and the BMW iX xDrive50.

Not sure if a fully electric vehicle is right for you? Read more about electric car leasing and how they differ from diesel and petrol cars in our handy electric car guide hub.

How many seats does the BMW iX have?

The BMW iX comes with five seats as standard. A seven-seat option is not available currently.

If you are interested in a seven-seat BMW, the BMW X5 or BMW X7 are worth considering. A wide range of seven-seater cars is also available with other manufacturers, including the Volvo XC90, Audi Q7 and Land Rover Discovery.

What is the difference between the BMW iX and iX3?

While the BMW iX and iX3 are both battery-electric SUVs, they are significantly different in size and style.

The BMW iX and iX3 also differ in their style. The iX has been designed from the ground up as an EV, whereas the iX3 was modified from the existing X3 chassis.

The iX boasts a unique style, unlike any other vehicle in the BMW range, whereas the iX3 is a mix between BMW's 'i' design and the X3 on which it is based.

Both the BMW iX and iX3 are available to lease with Nationwide Vehicle Contracts.