The second-generation BMW X4 arrived in the UK in 2018 and continues the SUV coupe styling that has gained recent popularity. Whilst the best selling versions are the XDrive 20d and 30d, it is the M versions, M40i, M40d and 510bhp M Competition which command attention with their stirring performance behind the wheel.

Whichever version you are interested in, we have great deals across the range on both business and personal leasing contracts. Get an instant online quotation now.

Why lease the X4?
10 vehicles found 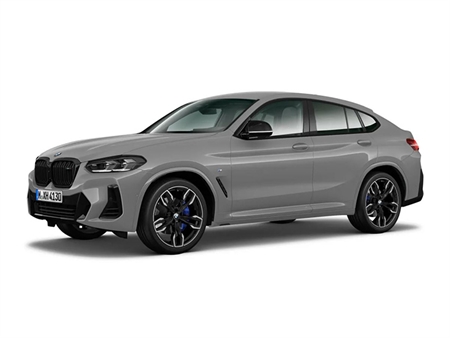 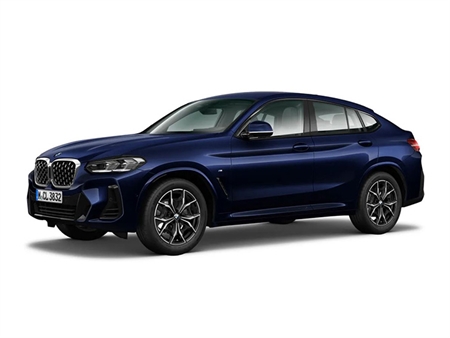 Why Lease The X4?

Based on the much more conventional BMW X3 SUV version, and with a top-of-the-range X4 35d model that has Porsche Macan S Diesel and Audi SQ5 as direct rivals, the BMW X4 looks decidedly sporty with an aggressive stance and a design style that screams 'SPORT' at the top of its voice, earning itself a 'sports activity coupe' tag along with its BMW sibling, the X6.

The design of the BMW X4 means that some practicality in comparison to the X3 is sacrificed for a passer-by's wolf-whistle, but if you are prepared to accept nods of approval against loads of luggage carrying, then the X4 is for you.

With all BMW X4 models featuring four-wheel drive, a choice of 2.0 or 3.0-litre turbodiesel engines and a very generous level of standard equipment even at the SE trim entry level, one of the hardest choices you will have to make is whether or not to stick at the superb SE or move on up to even more luxury and technology.

And that's not a bad choice to have to make. 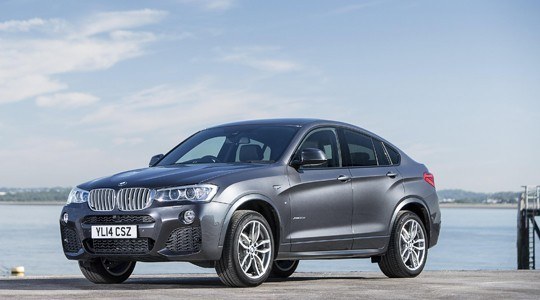 The fastest car (the X4 35d) manages 0-62mph in 5.2 seconds, but it is the X4 20d that is making the most headlines with its frugality and power combining in the best manner to make it a wise choice for any future driver.

Leasing is a great alternative to buying a brand new car – with low initial payments, fixed monthly instalments and flexible contract terms. Here at Nationwide, where you will find a huge range of vehicles at competitive lease rates, we also offer you inclusive road tax, breakdown recovery, and free UK mainland delivery on top. 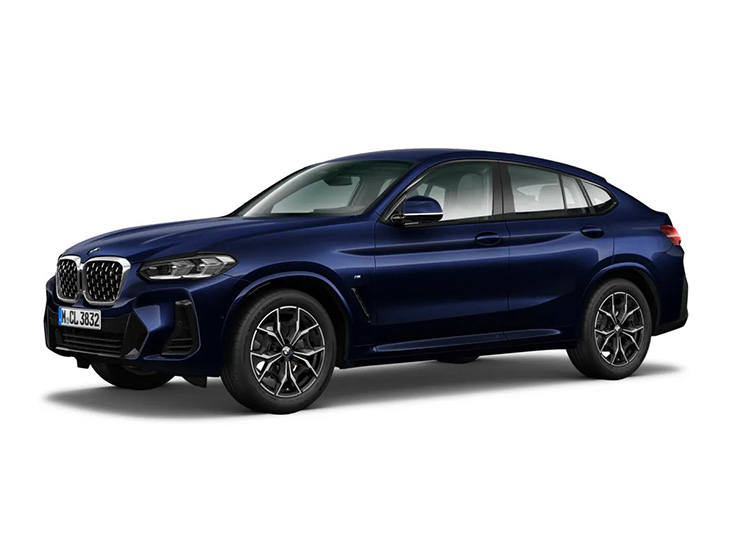 The vehicle is noisy with the X drive system, the extra cost 20" wheels make the ride harsh and doesn't handle as good as the test driven standard 18" wheels. The automatic gear box isn't as good as the Jaguar gearbox. All in all very disappointed with the car and looking for a quick get out and swap to something else.

Very safe car . High driving position but not to big a vehicle when it comes to small car parks .