The award-winning Hyundai Kona looks good from every angle. In addition to refreshments to its exterior design, the new Kona boasts the latest smart technology and safety features. A new N Line model is also available, adding a range of performance-inspired styling upgrades like red contrast stitching and special N Line highlights throughout the cockpit. 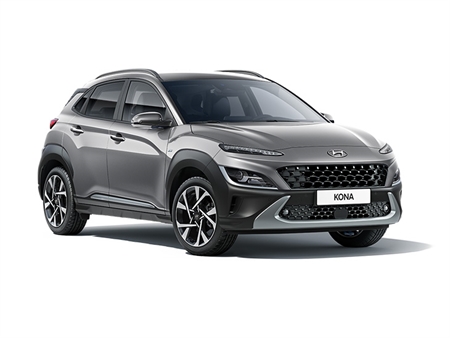 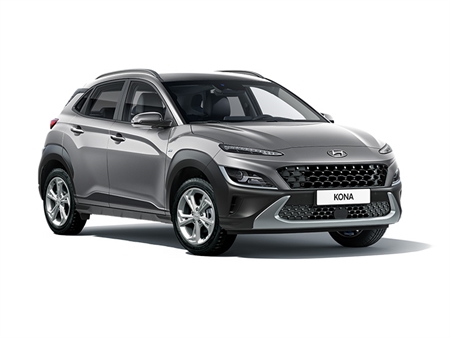 Lease the Hyundai Kona with our Complete Care Package, including:

Why Lease The Kona?

Recently refreshed for 2021, the Hyundai Kona offers everything you need in a small SUV - funky styling, great onboard tech and a range of economical engines, including a hybrid and pure electric version. The Kona is a popular lease alternative to the Ford Puma, Seat Arona, and Volkswagen T-Roc.

With its funky, eye-catching design, the Hyundai Kona certainly stands out on the road, the 2021 facelifted model boasting new bumpers, a new bonnet, slimmer LED headlights and an increase in overall length by 40mm. A more refined choice of exterior colours is also available, along with the arrival of a sporty N Line trim, making the Kona look more chunky and aggressive. 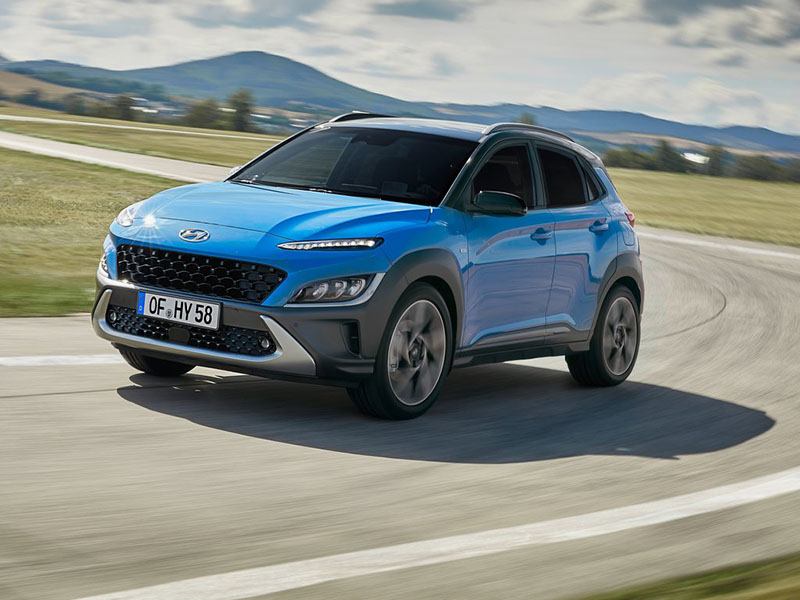 Inside, there's plenty of room in the front but not quite as much leg or headroom in the rear as you'll find rivals such as Ford Puma, Seat Arona and Volkswagen T-Roc. Storage space includes a large hidden cubby below the front centre armrest and a couple of cupholders between the seats.

60/40 split-folding rear seats are offered as standard and lie almost flat when folded down, but the Kona's boot is smaller than average for this class, at just 374-litre boot or 332-litres in the all-electric model. There is also no variable-height floor or boot dividers, like other cars in its class.

The Kona's interior cabin feels sturdy and well assembled but is a step behind the Citroen C3 for quality. Some new materials have been added throughout the cabin, but the dark ambience inside may not be to everyone's taste. However, you can specify some bright coloured trims on higher-spec models.

The Kona comes with a choice of engines in petrol, hybrid or pure electric form. The entry-level 1.0-litre petrol engine will suit most customers, with its three-cylinder motor producing a respectable 118bhp and 172Nm of torque. 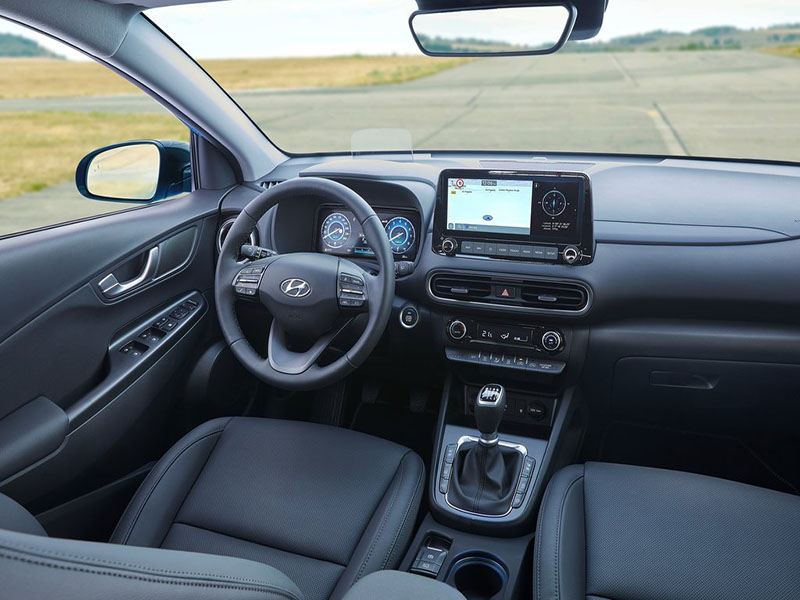 The full-hybrid model is quicker with its 1.6-litre four-cylinder petrol engine and electric motor delivering 139bhp for nippy acceleration. You can also drive on electric power alone at low speeds for short distances. The mild-hybrid Kona has a six-speed manual transmission as standard, while the full hybrid has a six-speed DCT auto transmission.

In terms of ride, the Kona has a relatively firm suspension for a small SUV. Its small footprint and a reasonably tall body mean you can feel the bumps in the road more than you can in rivals such as the SEAT Arona but avoiding the 18-inch alloy wheels on the Premium, N Line, and Ultimate trims helps matters.

Interested in the new Hyundai Kona? Car leasing offers many benefits over buying with flexible mileage, initial rental and contract terms to suit your needs and budget. All cars leased with Nationwide Vehicle Contracts also come with inclusive road tax and breakdown cover, as well as free delivery direct to your door, provided your address is situated on the GB mainland (exclusions apply). 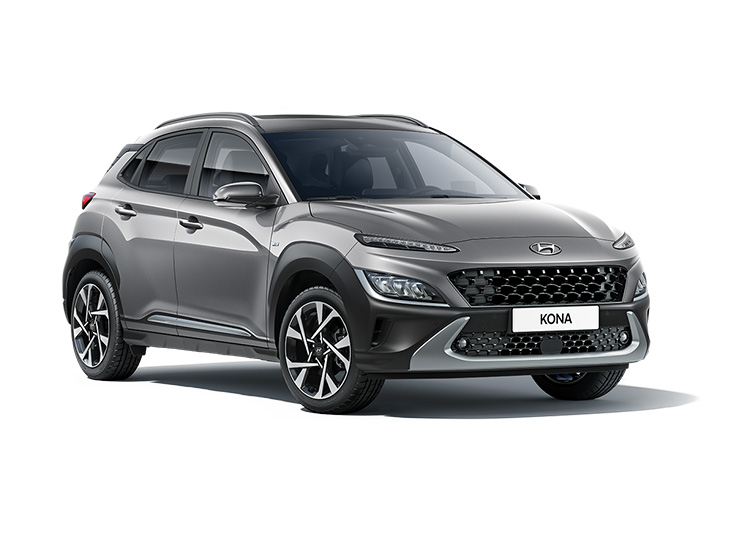 I love it, people have copied and brought the same! I put less for the price because i would love to pay less but really it is good value for money.

Very happy with this car after downsizing from the Tuscan which we also liked. Â£36 of petrol lasts 6 weeks now as we mostly use electric. Great interior and really like the wireless phone charger.