Reviews of the Hyundai Tucson

Why Lease The Tucson?

The Hyundai Tucson is a mid-size SUV that has all the bases covered. It sits squarely in the middle of this highly-competitive segment, offering a little more cabin space than some rivals and a little more comfort than others. Overall, though, it’s the Tucson’s generous equipment levels and all-round ability that are its greatest strengths.

The Tucson comes in a variety of different flavours, including a trio of mild hybrid diesels, a sporty N-Line model and a four-wheel drive version. It helps that Hyundai has an enviable reputation for reliability, while the Tucson scores a respectable 3.8 out of 5 in our customer reviews.

Plentiful space, flexible seating arrangements and a decent number of cubby holes dotted around the cabin make the Tucson extremely easy to live with. It seats four adults in comfort – five at a push – with two ISOFIX points for child seats in the back.

At 513 litres, the Tucson’s boot compares favourably to those on the Nissan Qashqai and the Seat Ateca, although it can’t match that on the similarly-priced Skoda Kodiaq. The 60/40 split rear seats recline and they fold flat at the pull of a lever, giving an impressive 1,503 litres of loading space.

The Tucson’s cabin is a pleasant place to spend time. You sit quite high, giving it a proper SUV feel, while good front and rear visibility make it pleasingly easy to place on the road. Material quality is generally good and the design is neat, with logically-laid out controls and clear, easy-to-read dials.

All versions baring the entry-level S Connect model come with an 8-inch touchscreen infotainment system, which includes a seven-year subscription to Tom Tom Live Services. The graphics are a little more basic than some systems, but the touchscreen unit is responsive and intuitive to use. Apple CarPlay and Android Auto are standard across the board, as is DAB radio, air conditioning and a rear parking camera. 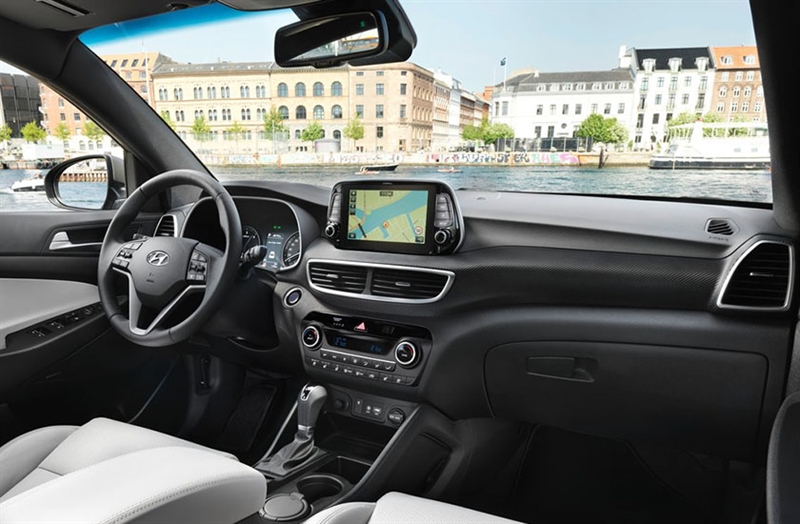 The sweet spot in the range is arguably the second tier SE Nav model, which adds things like parking sensors, 17-inch alloys and various styling enhancements for little additional outlay. That said, there are some good deals to be had further up the range too. Top spec models add numerous extras, including adaptive cruise control, heated leather seats, wireless phone charging and a heated steering wheel.

The Tucson is comfortable and relaxing to drive. Ride quality is generally very good, while wind and road noise are well contained. It also feels pretty nimble for an SUV, although you’d stop short of calling it sporty. The exception to that is the Tucson N-Line. This is essentially a trim spec on the diesel versions, but on the petrol models it extends to a retuned suspension setup, changes to the steering system and bigger front brakes. The effects are subtle rather than transformative, but they do provide a little extra dynamic sparkle.

The engine options consist of two petrols and three (Euro 6d-compliant) diesels. There’s a 1.6-litre GDI petrol engine offering 132PS or a turbocharged T-GDI version of the same unit with 177PS. The main diesel options are a 1.6-litre engine in 115PS or 136PS form. Most trim specs are available with either a 6-speed manual gearbox or 7-speed dual clutch transmission (DCT) driving the front wheels. There’s also a 2-litre 185PS diesel that comes with four-wheel drive and an 8-speed automatic, but that’s reserved for the top two trim specs. 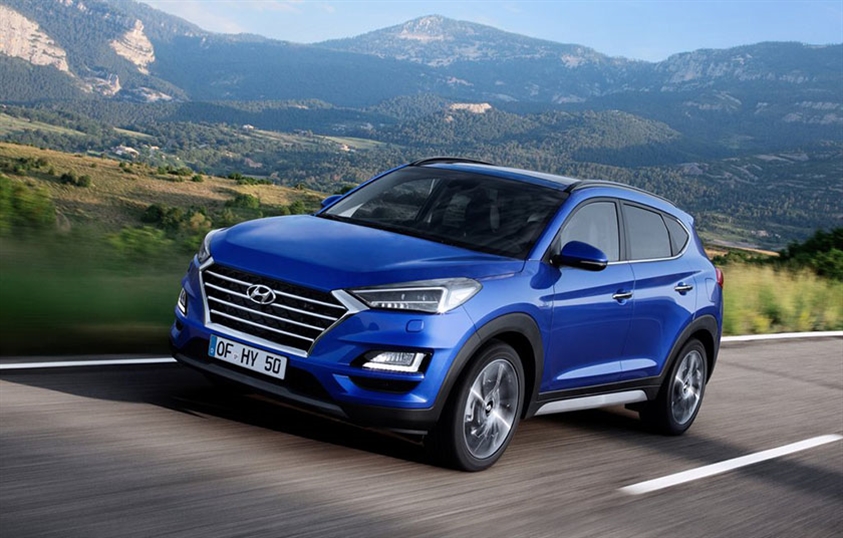 The petrol engines both return around 35mpg on paper, but there is a marked step up in performance from the GDI engine to the T-GDI unit. Opt for the DCT gearbox and the latter will out-sprint most of the other cars in this class, with an 8.9 second 0-to-62 mph time. It’s a similar story with the diesels, where the 136PS engine strikes a good balance between performance and economy, feeling brisker than its 11.2 second 0-to-62 mph time would imply, yet returning a respectable 48.7mpg.

Overall, the Tucson is very much a road-orientated SUV, but it does acquit itself reasonably well when the going gets tough. All versions come with Hill Descent Control, which can be very useful for negotiating slippery slopes, while the four-wheel drive models offer greater traction in snowy or icy conditions.

The Hyundai Tucson is a practical, dependable and user-friendly SUV. It’s not as exciting to look at or to drive as some of its rivals, but it scores well in all the fundamental areas and offers generous levels of equipment for a competitive price. You can read more in our user reviews and check out the latest deals on our leasing page. 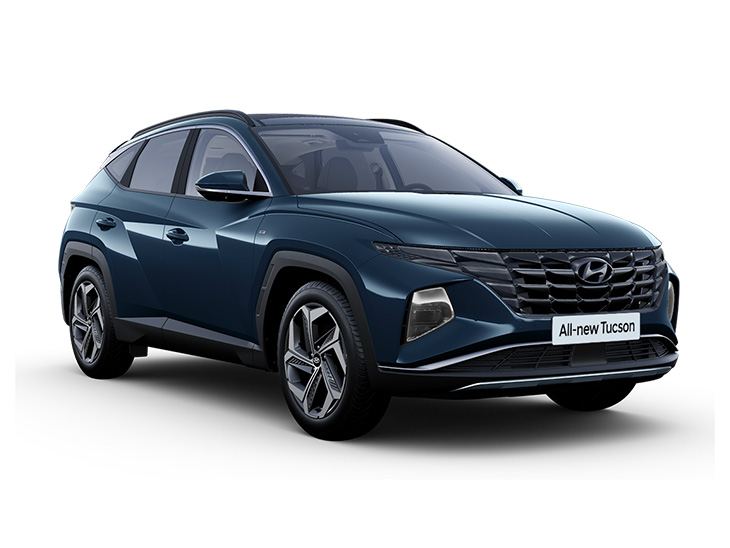 Would have preferred marginally better acceleration, but car is acceptable and cruises well once speed is reached. Insurance costs OK, but Hyundai Main Dealer Servicing is very expensive. Nationwide kindly advised me that I can use other Service providers subject to them being VAT registered and this has halved my Servicing costs.

The Hyundai Tucson is an extremely comfortable, roomy car. Excellent on long or short journeys.

Things go constantly wrong been taken back to the Main dealer twice on a low loader ,also back to the garage for several recalls not done 9k miles yet says it all really , AA also been to it twice .

Really nothing to add I have absolutely no complaints I love my car.

Perhaps a bigger engine and automatic

The vehicle is great, just lacks power with it being a big car, I would certainly use the scheme again but a different vehicle next time around. The scheme is mostly good value for money and I like that there are no unexpected bills.

In a difficult year I have found the vehicle most satisfactory and reliable.

Overall good value for money. Biggest issue is very underpowered for its size. Interior finish is a little basic (plasticy) despite good level of equipment.

The car is very spacious, has great technology and is a pleasure to drive. The only thing I have found is that the power isnâ€™t great driving uphill in 3rd gear

Very nice car, my only criticism is that due to the global pandemic I will only being doing just over half of the mileage I thought when I took out the contract. I requested a new quote and it was only Â£9 cheaper a month based on 37,500 miles compared to 60,000 miles plus you have to pay an admin fee so overall there is no real reduction. This has put me off leasing a car in the future as leasing company will now be getting a car back with much lower mileage.