Reviews of the Kia XCeed

Why Lease The XCeed?

Donna Kelly has over 12 years of experience in the motoring industry, writing, test driving and tweeting about cars. Her weekends are spent trackside, covering racing events.

Based on the popular Ceed hatchback, the Kia XCeed is a small SUV prioritising space over sportiness.

Bridging the gap between the Stonic and Niro in Kia's SUV range, the XCeed combines hatchback functionally with funky SUV styling, making it a popular choice with growing families looking for the best of both worlds.

With its coupe-like lines, jacked-up suspension and square silhouette, the Kia XCeed certainly stands out on the road. Unlike its rivals, the Volkswagen T-Cross and Skoda Karoq, the XCeed looks more like a conventional hatchback but with a raised body height. 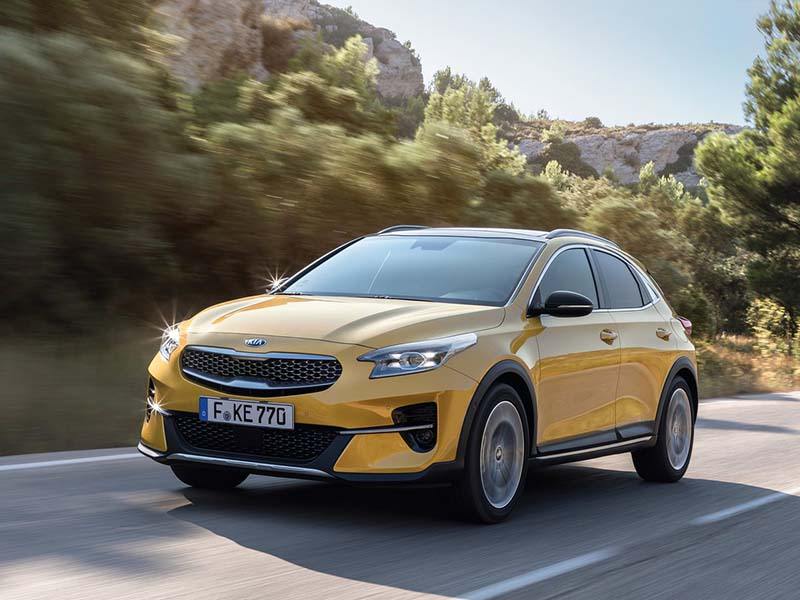 The XCeed's suspension has been raised by 44mm to underline its all-terrain aspirations. Its chunky black bumper protectors, contrasting colour trims and roof rails also enhance its off-road profile, taking on the more expensive Mercedes GLA in the style stakes.

At the rear, there's space for two adults to sit in comfort (three at a tight squeeze), and there are ISOfix points on the outer rear seats, making it easier for those with young children.

The cabin is practical with plenty of storage spaces, including good-sized door bins, two cupholders in the centre console, a tray ahead of the gear lever and a decent-sized glovebox.

But the XCeed's increase in length over the Ceed hatchback is most evident in the boot, with an increase of 31 litres to 426 litres. This beats the Ford Focus for space but doesn't quite match up to the T-Cross and Karoq.

That said, there's enough room for a child's buggy or a couple of large suitcases, and space increases to a total of 1,378 litres with the 40:20:40 split-folding rear seats folded down. The only exception is with the PHEV version, which loses a fair amount of boot space (total 291 litres) due to the hybrid battery under the floor.

The XCeed's interior looks and feels almost identical to the Ceed hatchback – which is not a bad thing. The cabin feels solidly built with a good mix of soft-touch surfaces and gloss black trims. The dashboard is clearly laid out. All the buttons are laid out sensibly, and you get a decent infotainment system with Android Auto and Apple CarPlay connectivity built-in as standard.

There are four trim levels to choose from, including the 2, 3 and top-of-the-range 4.

The top-of-the-range 4 model adds a premium JBL sound system and a panoramic sunroof.

Under the bonnet, the XCeed is powered by two petrol engines: a 118bhp 1.0-litre and a 158bhp 1.5-litre engine. A plug-in petrol hybrid model is also available. 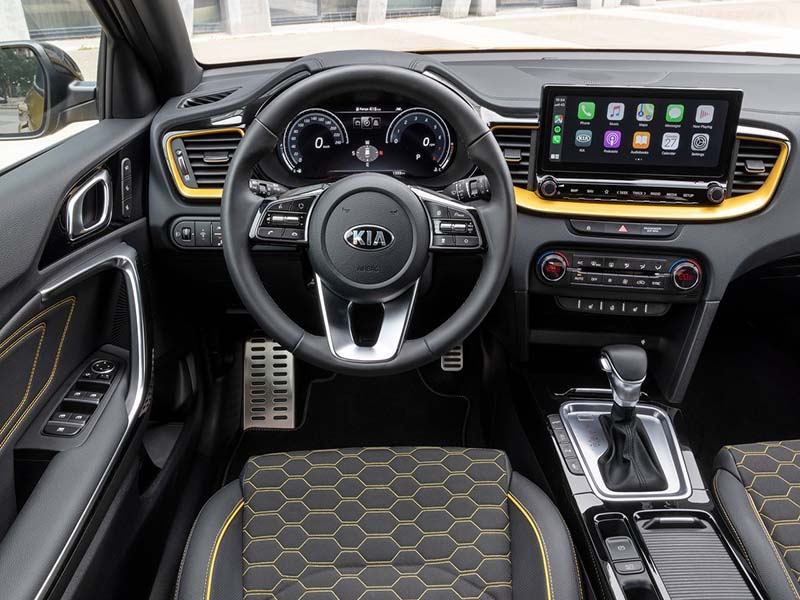 The cheapest engine is the 118bhp 1.0 T-GDi turbocharged petrol, which offers a decent amount of poke to keep up with motorway traffic without breaking the bank.

For those who need more power, the 158bhp 1.5 T-GDi is nippy enough for almost any situation and offers the same performance as the rival Skoda Kamiq 1.5 TSI 150.

The plug-in hybrid model combines a 1.6-litre petrol engine with an 8.9kWh battery and a 59bhp electric motor for 139bhp and up to 36 miles of electric range.

On the road, the XCeed's light controls make it easy to drive in town but doesn't match the Ford Focus and Seat Leon for handling.

Despite not having four-wheel drive, the XCeed has plenty of grip. Its revised suspension, with softer settings and clever dampers, makes for a comfortable drive, even if it can't match the agility or comfort of the Ford Focus Active.

Prices for the new Kia XCeed start from Price On Request OTR* or to lease from £223.68 per month.

Thinking of leasing the Kia XCeed? Nationwide Vehicle Contracts is an approved Kia introducer, meaning you can take advantage of some fantastic Kia XCeed lease deals that aren't available elsewhere.

Car leasing offers many benefits over buying with a bank loan or dealer finance, including fixed monthly rentals and a lower initial rental. Short contract lengths between two and four years also mean you can upgrade your vehicle every few years, allowing you to take advantage of advancements in safety, style, and technology.

*'On the road' price is correct at time of publication and includes one year's road fund license, DVLA first registration fee and number plate fee. Prices are subject to change. Always check with your nearest retailer. 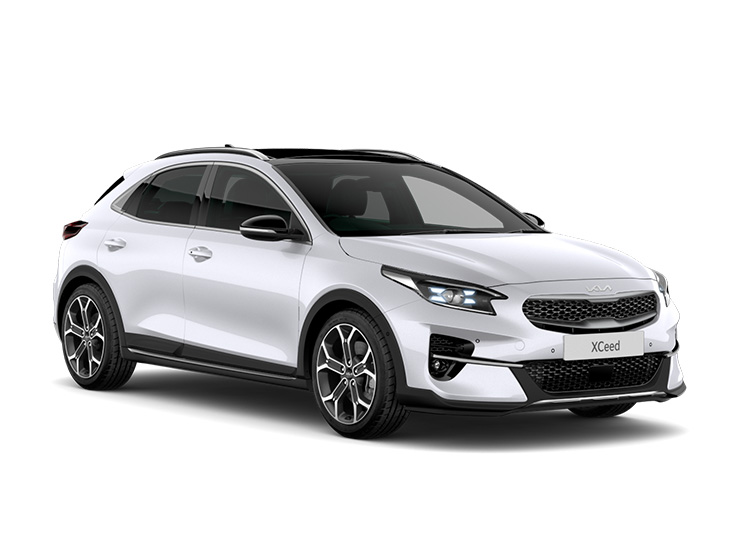 car is a plug in hybrid that advertises 32 miles electric power on a full battery. On a previous PHV i had the mileage was only 22 BUT you were able to travel that full distance on electric power alone and the engine never kicked in unless you seriously accelerated. However the KIA engine kicks in straight away at about a 1000 rpm nearly every time you start and stays on for some miles.. The electric motor is powering the car but apparently the engine is needed to power the aircon etc.. This means the car does not have the same silence as you would expect when starting off especially when it`s cold and spoils the electric drive experience. Also when the engine turns off you only have to accelerate moderately before it kicks in again and can sound quite rough. The overall MPG when the battery is kept charged is very good but for me as most of my jouneys are within 32 miles i would prefer the engine did not kick in at all and you had silent travel.

Fuel economy is very bad , my old sportage had a bigger engine but was much more economical to run. I do like Kia , they are very reliable and comfortable cars

Everything good so far

This is our third Kia leased through Nationwide Vehicle Contracts. My wife is the main driver of the car, although I do drive it too, and we both find all the Kias we've had have been comfortable to drive and well the money.

There is nothing I dislike

Economical, comfortable and packed with excellent features as standard

Small engine and a bit uneconomical to run for its size but good performance so far.

Had XCeed a year now and itâ€™s been faultless, great ride quality with good mpg. Kia service was extremely cheap. Would lease again