The Sportage is Kia’s best-selling car in the UK. Recently refreshed, its practical interior, affordable price tag and impressive standard equipment makes it stand out alongside rivals like the Renault Kadjar and the Nissan Qashqai. For the latest lease offers across the Sportage range including the popular GT Line view our business and personal leasing prices below. 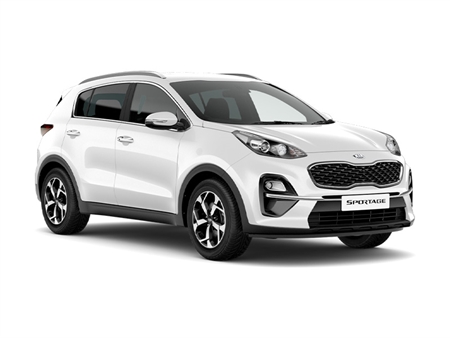 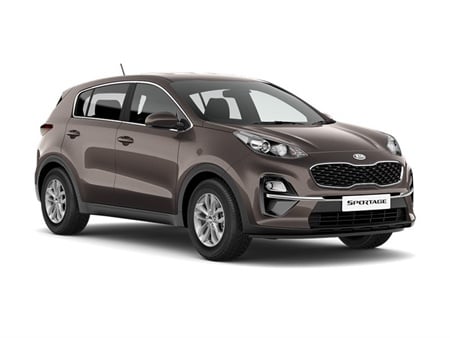 Why Lease The Sportage?

Across four generations the Kia Sportage has evolved into one of the most appealing family crossovers on the market. Today’s Sportage is spacious, keenly priced, relatively cheap to run and has a cabin that, while not the most interesting, feels high quality and is intuitive to operate. Nationwide Vehicle Contracts customers tend to agree too, with the Sportage receiving a 4.3/5 average rating from owners overall.

The Sportage operates in the highly popular family crossover segment, which means buyers have a wide range of very appealing alternatives to choose from, including the SEAT Ateca, Volkswagen T-Roc, the ubiquitous Nissan Qashqai and the mechanically related Hyundai Tucson.

While the Sportage arguably isn’t a class leader in any one area, it’s undoubtedly one of the best all-rounders. Our customers especially like its practicality, running costs and comfort – although the specification you choose has a significant impact on the last two of those qualities.

A relatively small range of Hyundai-manufactured petrol and diesel engines power the Sportage, with the latest 1.6 CRDi diesel now featuring ‘mild hybrid’ technology – a fuel saving measure that recaptures brake energy effectively. A 1.6 T-GDi petrol is available too, and the Sportage comes with front-wheel drive, four-wheel drive, six-speed manual, and seven- or eight-speed automatics. Plenty of choice, then.

As with all these mid-sized SUV crossovers, the Sportage seeks to combine relative compactness with family-friendly interior space. It succeeds: loads of headroom, plenty of rear knee room so there’s enough space for five adults to sit comfortably, and generally very easy to live with.

The rear bench splits 60/40 and the cabin features a range of storage spaces of various shapes and sizes. The centre console hides a substantial cubbyhole, the glove box is reasonably sized (and illuminated), and the door pockets are sculpted specifically to hold a big bottle.

The boot is quantifiably on the bigger size for the class – 491 litres compared to 430 litres in the Nissan Qashqai – but beyond that it’s just a thoughtful space. A twin-level floor is standard, meaning the base can be lifted to sit flush with the boot lip for ease of loading. If you have younger kids you’ll easily get a folded buggy in the boot with plenty of space to spare.

A high point of the Sportage without ever being dazzling, the interior is solid, logical and gets the basics right. All sizes of person will find a comfy driving position, and although Kia’s touchscreen is on the small side, the software is non-frustrating and there’s a useful row of physical shortcut buttons underneath.

There’s also a higher proportion of soft-touch plastic in the cabin than you’d find in, say, a VW T-Roc, which is indicative of Kia making this Sportage more ‘premium’ than past versions. Yet Kia hasn’t scrimped on kit because even base ‘1’ grade cars get alloys, air con, a touchscreen for the infotainment, proper smartphone integration and a reversing camera. 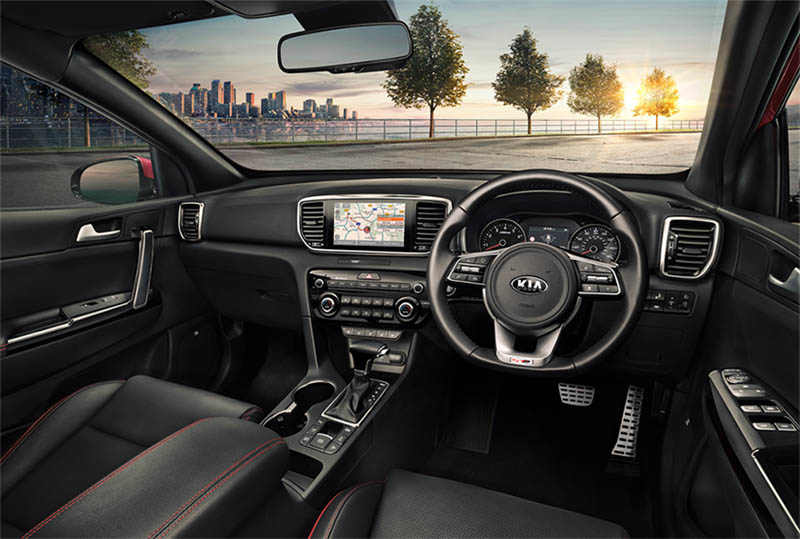 It also comes with a raft of active and passive safety systems, including six airbags and ISOFIX, although the more sophisticated safety tech - automatic low speed braking and driver attention warning, for example – is only available from mid-grade cars upwards. Still, the Sportage is rated five stars by Euro NCAP in across the range.

If the practicality, the seven-year (100,000-mile) warranty and the interior quality are strong features of the Sportage, the driving experience is the thing that prevents it being truly class leading. It’s far from bad, but it can be “underwhelming,” as one of our customer reviewers put it. Comfort is significantly dependent on specification, too.

Choose a Sportage on bigger wheels (the GT-Line S sits on 19-inch alloys) and the ride goes from ‘on the firmer side’ to just plain harsh. It’s needless because despite the name, the Sportage is not particularly dynamic to drive. Rather, it’s the sort of car that encourages relaxed driving: high-set seating position, good visibility, light steering and unobtrusively fluid gearboxes, whether you choose a manual or either one of the autos. 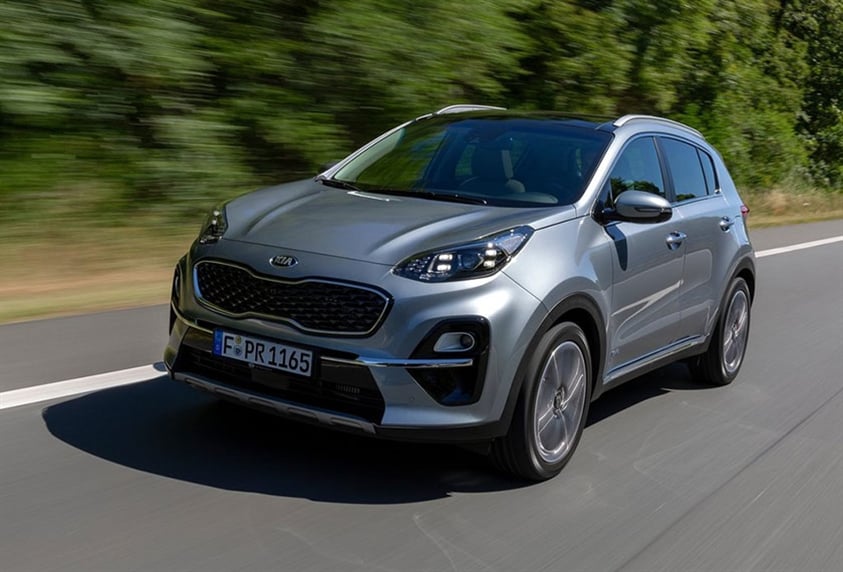 None of the Sportage’s engines are especially remarkable, but the 1.6-litre diesel does strike a good balance between decent low-end torque and reasonable fuel economy. In both cases (114bhp or 134bhp) you can expect mid-40s fuel economy and decent pace without having to thrash the engine – which is good, because the noise isn’t that pleasant. Kia’s T-GDI petrol is notorious for significantly higher fuel use than advertised too, a trait that comes up often in our owner reviews.

If you’re after something that’ll prove no-nonsense, spacious family transport for a reasonable price you shouldn’t overlook the Sportage, but someone wanting more entertainment for their money should probably look elsewhere. A solid all-rounder, but the SEAT Ateca is a better drive, the VW T-Roc just more, well, interesting. 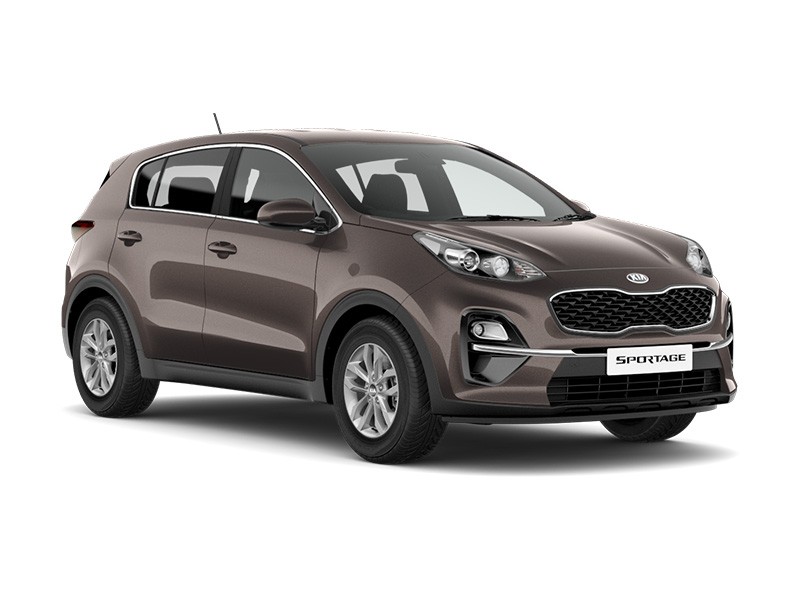 The 1.6 engine is really poor, both in speed and performance.