Reviews of the Nissan Juke

Why Lease The Juke?

The original Nissan Juke arrived in 2010 and launched the supermini-sized SUV segment at the same time. It wasn't until the very end of 2019 that the second-generation Juke appeared, and by then a raft of rivals had come to market including the Peugeot 2008, SEAT Arona, Renault Captur, Vauxhall Mokka and Ford Puma.

Some of those alternatives are available in pure electric or hybrid forms but not the Juke, which comes only with a petrol engine. That doesn't seem to be a problem for Juke owners, plenty of whom have left a review on the Nationwide Vehicle Contracts website, awarding the Nissan an average score of four stars out of five, which is pretty encouraging. Some of the comments left by owners include:

The Juke's boot offers plenty of space and a bit of extra versatility with its split-level floor. Keep the shelf in the lower position and there's an extra few inches of depth for added carrying capacity, but raise the floor a bit and when you fold the back seats down you've got a large flat space which makes getting things in and out that much easier. With the back seat in place the boot can hold 422 litres of luggage, but if you drop the seat down this jumps to 1305 litres, and those figures put the Juke towards the top of its class.

The Juke is Nissan's smallest SUV, but that doesn't mean its interior is short of space. There's plenty of room for four, or five if the three in the back aren't too big. However, there's plenty of head and leg room unless those up front are especially tall, in which case they'll need to have their seats well back. Although there's a decent amount of room in the rear, it doesn't necessarily feel all that spacious because of the shallow windows and black headlining. 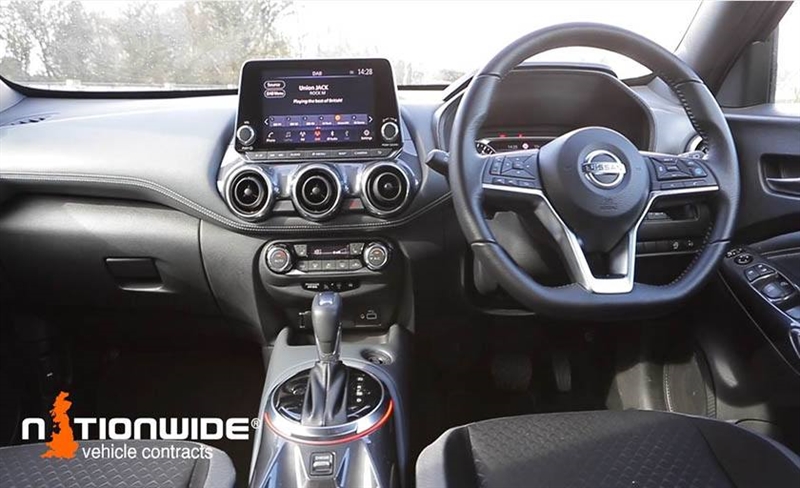 Just like most of its rivals, the Juke's dashboard is dominated by a touch-screen display which controls the audio, navigation and phone, but it doesn't control the heating and ventilation which get a user-friendly series of buttons below. The multimedia menus are generally easy to navigate and the hi-fi sounds excellent, so the infotainment system is generally well designed.

All Jukes come with LED headlights with high beam assist, but navigation is included only on the N-Connecta and above. The entry-level Visia gets a 4.2-inch dash display, but the Acenta and above brings the eight-inch screen shown here, along with a rear parking camera that also incorporates around-view, which allows you to see any hazards near your car as you manoeuvre it. All in all it's a comprehensively specced offering.

All Jukes come with a 1.0-litre three-cylinder petrol engine rated at 113bhp, but there's a choice of manual or automatic gearboxes. The auto is a dual-clutch system as tested here, so it's a very efficient transmission that's well suited to the small turbocharged engine up front. This transmission also comes with paddle shifts, so you can select gears manually if you prefer. 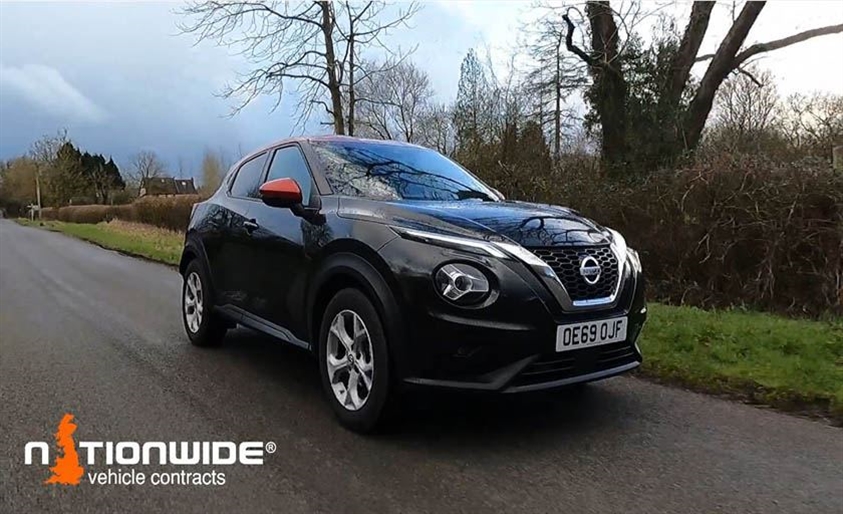 Despite displacing just one litre, the engine provides plenty of poke and on the motorway there's ample power in reserve for easy cruising. We averaged around 38 miles per gallon in our time with the Juke, most of which was motorway driving, so that fuel economy is about par for the course.
All Jukes from the N-Connecta and above come with an adjustable chassis with three settings: Eco, Standard and Sport. These adjust the throttle response, the weighting of the steering, and if an automatic transmission is fitted, the point at which the gear changes are made. While the difference between the three modes is detectable, they're not as distinct as you might think.
As you'd expect, the Juke also comes with lots of driver assistance systems including adaptive cruise control, road sign recognition, blind spot warning and lane departure warning. That last one was a bit over-eager on our test car, which resulted in the steering wheel vibrating even on single-track country lanes, but it can be switched off so it's not intrusive.
Our mid-range Juke N-Connecta came on 17-inch alloy wheels and the ride was firm without being uncomfortable, the trade-off being very little body roll in corners. All models above the N-Connecta come with 19-inch wheels which make the ride noticeably firmer, so make sure you're okay with such big wheels before committing. As with many cars, most people will find that the mid-range trim is the sweet spot in the Juke range, offering the best balance of cost and equipment.

The original Juke really divided opinion with its out-there exterior design, and what Nissan has done with this second edition is to very successfully update that car's styling, so the Juke Mk2 looks modern yet still distinctive. With the two generations launched almost a decade apart, as you'd expect the second take on the formula is leagues ahead, with much better build quality, greatly improved refinement and all of the latest driver assistance technology.

Crucially, Nissan has retained the Juke's affordability and usability to make the Nissan Juke an advance in every way, and one that's easy to recommend.

View our latest lease deals on the Nissan Juke. 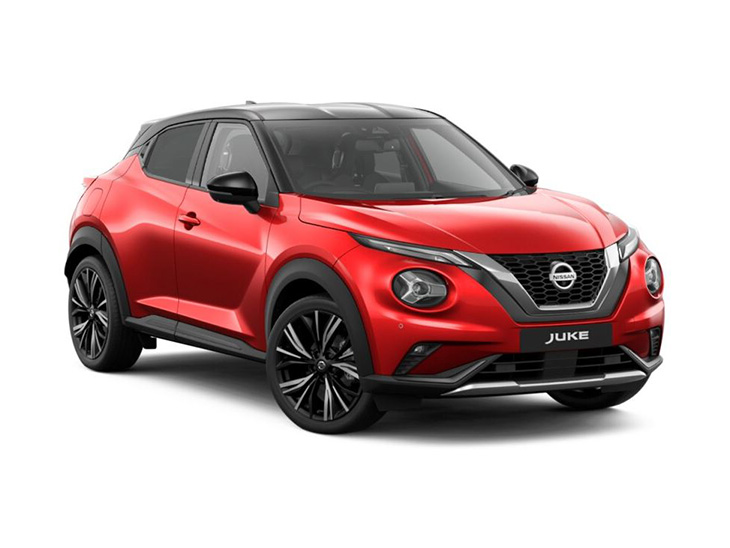 Breaks too sharp, automatic handbrake engages too often. Acceleration sluggish then suddenly too much.

The issue we have with the new Juke is that boot tray is poor fitting and rattles when driving. Mentioned when it when for service but they said it was an issue.

This is a dual clutch version. Initially throttle control was very poor. Discovered software upgrade needed to apply pressure on dealer to implement. Much improved after upgrade.

Had various problems with car initially to do with the braking system and driving sensors being over active. Not enough power on acceleration due to engine size.

Good: Exterior and interior Styling Colour and paint finish Bose Stereo Nissan Pro-pilot Fuel economy Headlights Seats Heated windscreen Level of technology on offer in a car this size and price Not so Good Wind noise at motorway speed Automatic gearbox can be a bit clumsy at slow speeds but it generally does a good job. 3 cylinder Engine could be a little more powerful but it sounds nice Some of the interior plastics could be better. Nissan app a little gimmicky Bad Couple of persistent trim rattles

There is not a lot of head room and seat room for 3 people in the back.

It's such a comfortable car, very easy to drive with lots of boot space

I love the vehicle very much and has made my commute to work much more comfortable. One downside is the fuel efficiency even when eco mode is selected.