Reviews of the Seat Arona

Why Lease The Arona?

If you want to understand the nation’s love affair with SUVs and crossovers, look no further than the Seat Arona. This is not an SUV in the traditional sense – it’s certainly not a big, brawny off-roader. But it offers everything that most people really want from that sort of car – an elevated driving position, a good level of practicality and more interior space than you’d find in a conventional hatchback. Throw in economical engines, crisp handling and attractive pricing and you have a recipe for success.

That’s not to say that the Arona has everything its own way. Most car manufacturers now offer a compact crossover, not least Seat’s own VW Group sister companies Skoda and Volkswagen. So should the Arona be your choice? Read on to find out.

The Arona’s SUV-like styling can be a little deceptive. In reality, this pint-sized crossover is scarcely any bigger than the Seat Ibiza supermini with which it shares its underlying platform. Considering this compact footprint, the Arona offers an impressive amount of room inside.

Even tall adults will find adequate space in the back, while the 400-litre boot capacity is useful step up from a traditional hatchback. It also has a number of clever features, such as a two-level boot floor, which can be lowered to increase the overall luggage capacity or raised to give a completely flat surface with no lip.

You sit sufficiently high up in the Arona to lend it a bit of an SUV feel, not to mention slightly better forward visibility than you might find in a normal hatchback. The view out the back, on the other hands, is slightly compromised by the Arona’s small rear window. Nonetheless, its compact dimensions and parking sensors (standard from the second-tier SE Technology model upwards) mean that it’s still a doddle to park.

The cabin design is clean and fairly minimalist – dominated by the same angles and creases that characterise the exterior. There are perhaps a few more hard plastics than you might find in its more expensive rivals, but the interior quality is generally good. 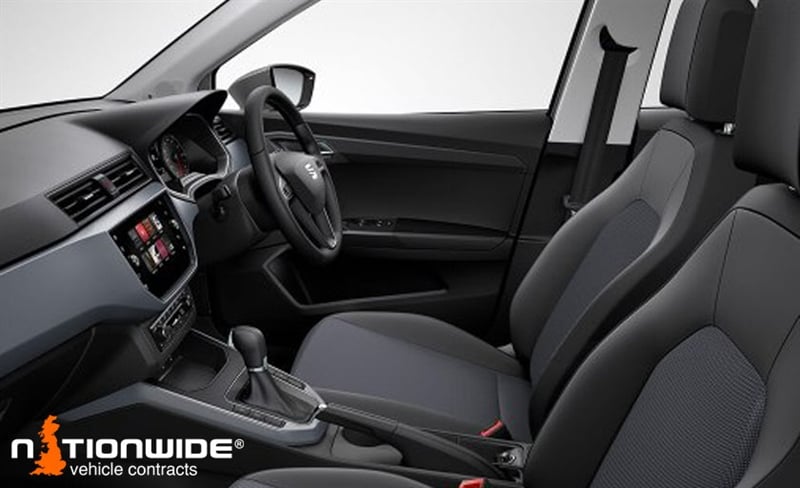 Even the SE base model comes with cruise control, air conditioning and smartphone connectivity. That said, it’s the mid-range models that make the most sense. SE Technology adds a much better infotainment system, with a larger 8-inch touchscreen display, which is responsive and intuitively laid out. It also brings satellite navigation, as well as wireless phone charging and a punchy Beats Audio stereo system. The latter is worth the extra outlay on its own, with impressive sound quality for a car at this price.

The Arona FR adds a series of sporty styling tweaks, along with LED headlights, dual zone climate control and cloth sports seats. Beyond that the top-spec Xcellence and Xcellence Lux models extend to features like Park Assist, keyless entry and a digital instrument cluster. These are worthwhile additions if you can find a good deal, but the sweet spot arguably lies further down the range.

The Arona feels pleasingly light on its feet, despite delivering decent levels of refinement and a composed ‘big car’ ride quality. In FR and FR Sport trim, it receives stiffer suspension settings, which bring even more agility, but they also introduce a bit of an edge to the ride. Either way, it sits towards the upper end of the class for dynamics.

Three petrol engines are available: a 1-litre turbocharged 3-cylinder unit in 95PS or 115PS forms, plus a 1.5-litre 150PS 4-cylinder. The 3-cylinder engine delivers plenty of low-down torque, which means that even the 95PS version feels quite nippy around town. The 115PS variant feels more at home on the motorway, but still returns up to 48.7 mpg. On paper, the 1.5-litre unit offers very nearly the same economy, but with a considerable step up in performance (and indeed price). Nought to 62mph in this model takes just 8.2 seconds. 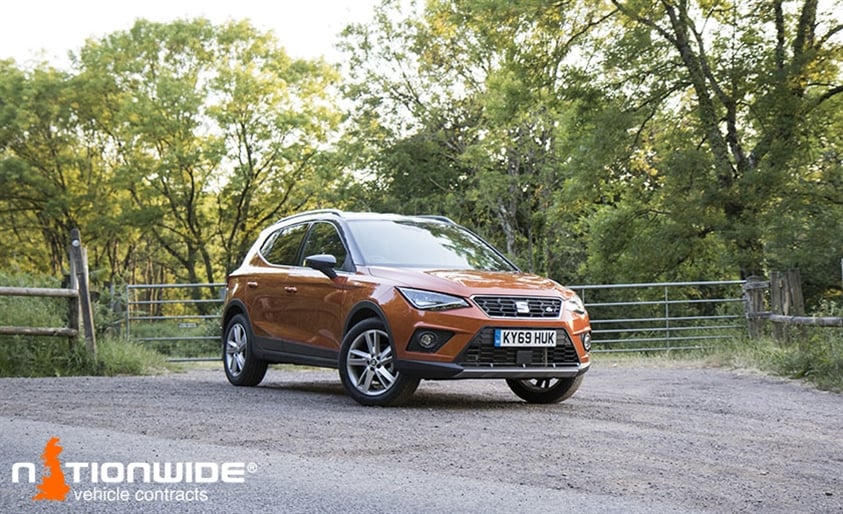 The Seat Arona is stylish, practical and good to drive. Plus, it has a solid reputation for reliability and an enviable record in customer satisfaction surveys. Stick to the mid-range models and it also offers an impressive amount of kit for the money, making this compact crossover one of the most complete offerings in its class. Visit our Seat Arona leasing page to see the latest deals. 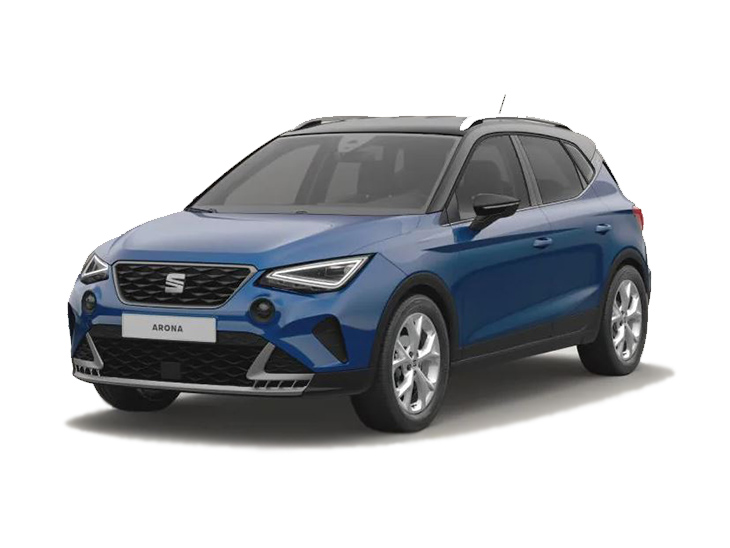 Love the car, the size is great, could just do with a little more ooomph in the engine capacity.

This is the second one I have had and is no where near as good as the old one .

Everything is great apart from the smaller sized fuel tank.

The only dislike is the lack of any lights in the back seat area, and no hooks above the rear doors for hanging things. Seems such a trivial thing, so why leave it out? I like everything else. We have an Ateca as well and this Arona is almost as spacious inside, much smaller outside and way more economical.

Easy to drive, leased as a first car for a new employee who had recently passed his test. All good.

The car is awful. Iâ€™ve had nothing but problems with this vehicle, most recent problems with the electrics. This car is not a patch on the previous car I had leased. The sooner the contract ends the better!

No heated front windscreen. No pockets on back of seats.

I do love this vehicle. Itâ€™s brilliant. Drives beautifully, looks great and windscreen visibility I love compared to any other previous cars. Easy to park, reversing support is great. Is just big enough for our stuff plus baby, but I think we will outgrow it quickly hence my view on leasing again. Why go for anything else more expensive when Seat delivers this quality.

It's a terrible car and horrible to drive.it feels really cheap and tinny and has no acceleration. It is not what we expected from a SEAT.