Reviews of the Seat Ateca

Why Lease The Ateca?

The SEAT Ateca is a fun-to-drive, stylish and practical SUV. It is a popular choice with families due to its in-car technology and safety features.

The latest generation Ateca also comes with a wide range of punchy and efficient engines, making it a viable alternative to rivals such as the Peugeot 3008, Nissan Qashqai, Skoda Karoq, Renault Kadjar, Kia Sportage and Hyundai Tucson.

With two chiselled parallel lines running from its headlights to its rear, the SEAT Ateca looks and feels like a bigger and chunkier SEAT Leon. Its extended cabin design, sharp, sporty styling, and handwritten script on the Ateca badge, make it one of the smartest-looking cars in its class. 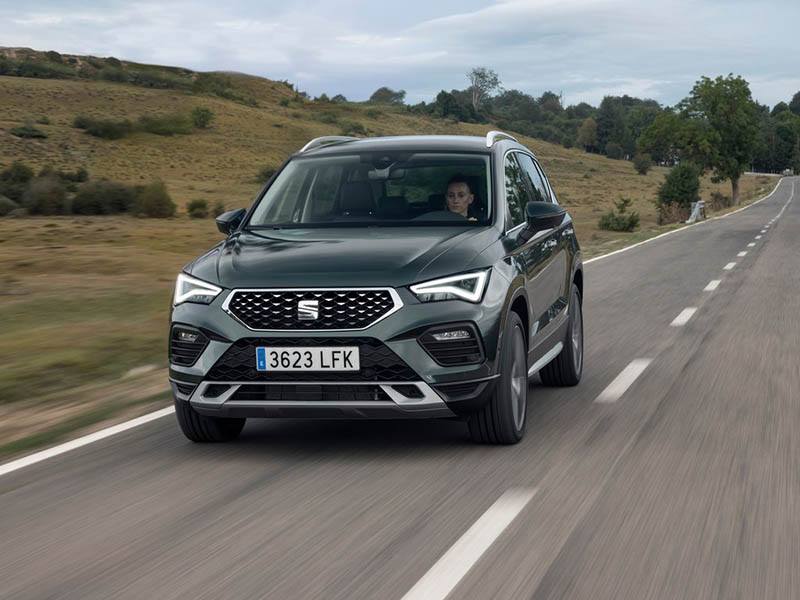 Inside, there's a decent amount of room for all passengers to ride comfortably, offering as much room as its rival, the Nissan Qashqai. However, if you are after more space, the Renault Kadjar is slightly larger inside and offers more room for back seat passengers.

At the back, the rear  seats split in a 60:40 formation, expanding the boot size to 1,604 litres. There are also some clever storage features in the Ateca, such as the shallow yet wide storage area hidden beneath the boot floor.

As for boot space, the SEAT Ateca offers 510-litres of space, which is considerably more than the Qashqai's 430 litres. However, models fitted with four-wheel drive have a reduced capacity of 485 litres to the mechanics beneath the car - still, that’s more room than the Qashqai in front-wheel-drive form.

The SEAT Ateca's interior feels and looks great, with an easy-to-use and well laid out infotainment system. While it doesn't feel as expensive or comfortable as some of its rivals, the Ateca's interior is solidly built. Entry-level SE models also offer incredible value for money thanks to its USB C functionality and an 8.25-inch touchscreen as standard.

The sporty FR model gets a grey front grille, aluminium pedals, Alcantara sports seats and ambient lighting for the interior. You also get automatic headlights, rain-sensing wipers and 18-inch alloys.

With the Xperience models, you get black plastic cladding on the exterior, making the Ateca's look a bit more off-road. You also get an Alcantara interior, adaptive cruise control with speed limiter, a blind-spot detection system and autonomous emergency braking.

Under the bonnet, there’s a choice of five engines, including a punchy 1.5-litre petrol and a 2.0-litre diesel with two different outputs. A six-speed manual is standard on entry-level engines, with a seven-speed DSG automatic gearbox available on more powerful engines. 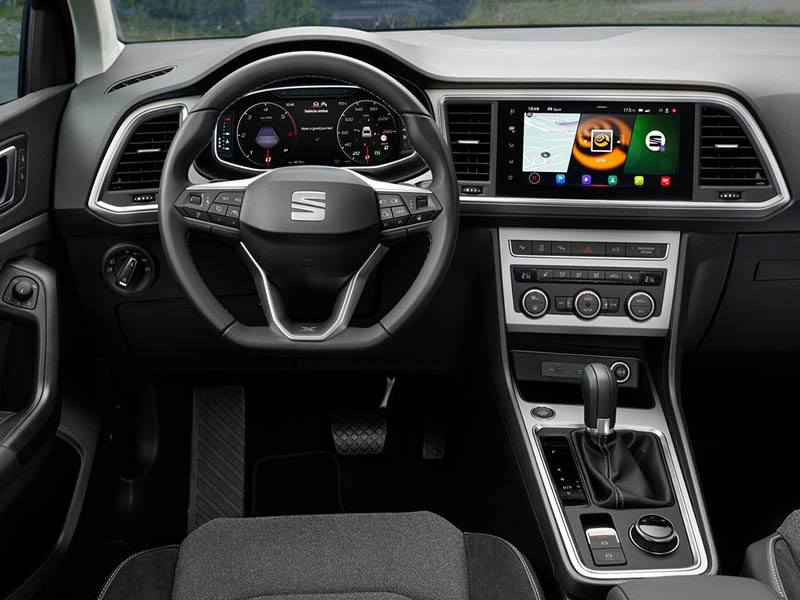 All-wheel-drive variants are also available but are limited to the more powerful versions with the automatic gearbox, such as the 2.0 TSI DSG petrol and the 2.0 TDI 150 DSG diesel.

On the road, the Ateca is great to drive thanks to its raised ride height. Its sharp gearshifts make the SUV enjoyable to drive along twistier roads. It also performs well on the motorway producing little noise at higher speeds.

Shame then, that compared to its rivals, you feel more of a road surface when on the move than you do with the Peugeot 3008 due to its firm suspension. That said, the Ateca makes for a great all-round and an excellent family car leasing option.

Want to know more about leasing the SEAT Ateca? Nationwide Vehicle Contracts is one of the UK's largest car leasing providers. All of our lease deals include the full manufacturer's warranty, road tax for the duration of the contract, breakdown cover and free mainland GB delivery (exclusions apply).

What's more, with fixed monthly rentals, a low initial outlay and flexible mileage and contract terms, leasing a SEAT Ateca could be cheaper to lease than you think.

*'On the road' price is correct at time of publication and includes one year's road fund license, DVLA first registration fee and number plate fee. Prices are subject to change. Always check with your nearest retailer. 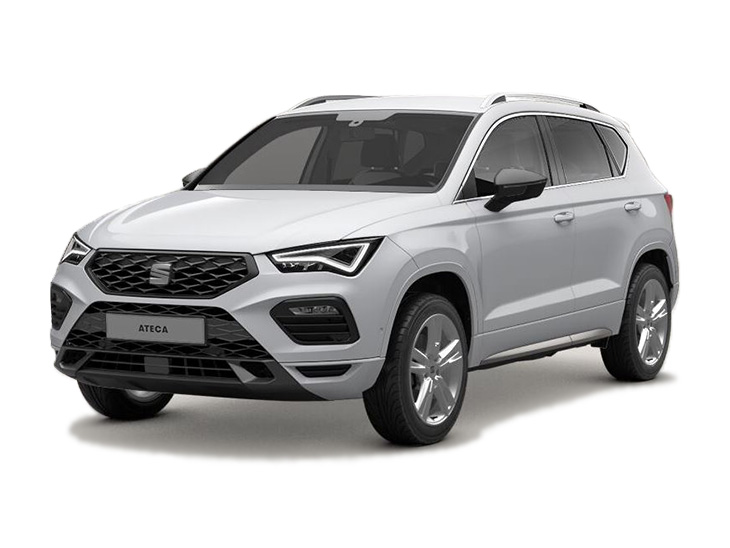 We love our car. It does take a lot of fuel which is the reason for a 4 star and not a 5 but other than that we have no issues at all.

I have had the Seat Ateca FR DSG 1.5 EVO for 12 months and it has been a revelation. Great fun to drive and very dependable. Likes: economy, handling, interior space, lots of extras. If it had a motorised tailgate and heated seats it would be absolutely perfect but I am being picky! A fabulous car for the money.

i like the car to drive, very light and nice interior, seat handle is prone to fall off for the slumber support and sat nav is awful,fuel efficiency is quite poor and maybe should have considered diesel version. overall a nice looking car inside and out and decent price

There's nothing I don't like about the car. It's lovely to drive, and is very spacious.

Love the car, a great choice, lovely to drive

Love it! Amazing car, thought driving a larger automatic car would be difficult but itâ€™s been great.

Fuel economy is awful for short journeys. Similar size to Tiguan but is smaller.

In car media/audio equipment plays up. Had to send back to Seat for a reset. Satnav and other features over complicated to use. Physically the car is great, especially for getting children in and out.

Like the SUV style & driving position. All round sensors are a good, useful aid. Not used auto-park, seems an un-necessary feature. Sat-Nav function can be a bit flaky at times.

Its a great car for the money . Its a bit noisy over rough roads and a few rattles have developed inside the car which is disappointing given its only a year old and has only done 5k miles . I find Seat Dealers very hit and miss when dealing with warranty stuff and their servicing is expensive given that seat is hardly a premium make . Only giving you 1 year of the online Seat Connect service is also just mean

I am finding the petrol consumption seems to be much too great and not very economical. I had a reminder from you that my car was about a year old and I should check and arrange a service. I looked on Seat site and, for my type of journeys (mostly short journeys) the recommended service interval was 10,000 miles or i year, whichever came soonest. I checked the Lex recommended service providers in the area and booked the car into Stoneacre for an annual service. When I wnet to collect the vehicle in the late afternoon Stoneacre said that Lex had not allowed them to service the vehicle and had been asked to amend the first service to 24 months or 20,000 miles whichever came first. ??????????????