The Skoda Kodiaq proves that seven-seater cars don’t have to boring. This crossover offers everything you need from a 4x4 including a comfortable cabin, plenty of tech and an efficient engine range – all at a reasonable price.

Why lease the Kodiaq?
22 vehicles found 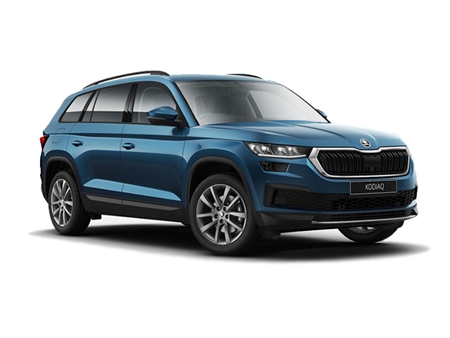 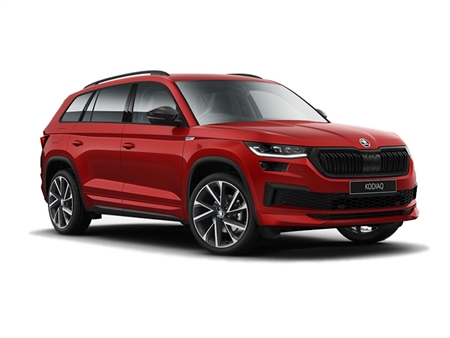 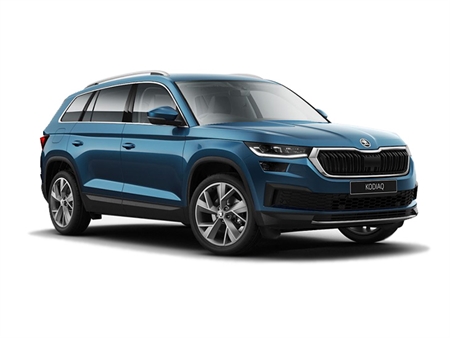 Why Lease The Kodiaq?

If you're looking for a large SUV with space for up to seven, a plush interior, a wide range of engines and decent levels of comfort, check out the award-winning Skoda Kodiaq.

Available with five or seven seats, this family-friendly vehicle offers incredible value for money and is an attractive alternative to rivals such as Hyundai Santa Fe, Kia Sorento and Peugeot 5008.

Heavily inspired by the Skoda Superb, the Kodiaq certainly looks the part of the road, with its angular stance, prominent grille, sharp dual headlight design and clamshell bonnet. At the rear, Skoda's trademark styling slices the boot lid in two, emphasising its stylish, squared-off taillights. 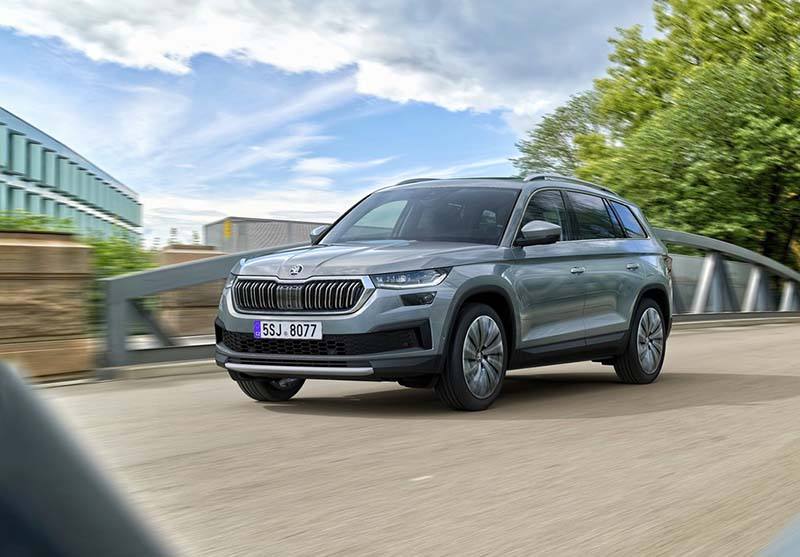 Inside, there's loads of storage space, including large door pockets and a cubby under the front armrest. Headroom is more copious than in the Peugeot 5008, but unlike the 5008, the second-row seats slide back and forth in a 60/40 split rather than individually. That said, you can recline all three backrests in the Kodiaq independently, and when you need more luggage space, they fold down in a functional 40/20/40 arrangement.

Five-seat versions have an enormous 720-litre boot, rising to 2,005 litres if you fold the rear seats, which can hold an impressive nine carry-on suitcases. The seven-seater Kodiaq has a slightly smaller boot 630 litres with five seats in place but shrinks considerably with bums on all seven seats.

Inside, the Kodiaq's high-quality interior matches the Peugeot 5008 for quality and comfort with soft-touch materials and nicely damped buttons and switches. All models get a leather-wrapped steering wheel and an optional interior light pack (standard on SE Drive) for adding interior ambience.

The SE Drive adds a reversing camera, sat-nav and 19-inch alloy wheels, while the mid-spec SE L is arguably the pick of the range with its leather and microsuede upholstery, 9.2-inch touchscreen with sat-nav and Wi-Fi heated front seats, powered tailgate and 19-inch alloys.

Under the bonnet, there's a useful range of engines to choose from. Except for the entry-level 1.5-litre petrol, all of the Kodiaq's engines are 2.0 litres in size, offering 150hp, 190hp or 200hp. Four-wheel drive is optional with the 150bhp engine and is standard with the more powerful engines. A seven-speed dual-clutch automatic gearbox is also fitted to most cars, although a six-speed manual gearbox is available with the 1.5-litre petrol. 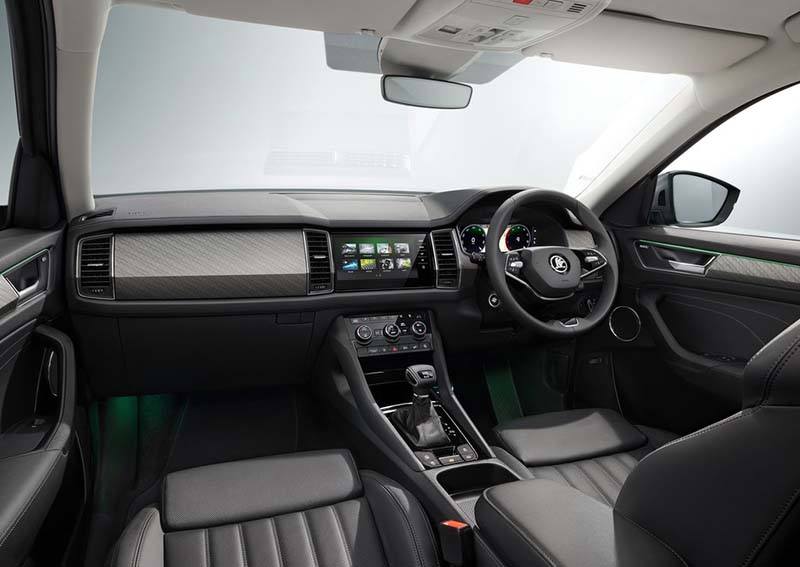 In terms of drive, despite its large size, the Kodiaq is surprisingly agile compared to its competitors. While its ride isn't as smooth as the Citroën C5 Aircross, it's less jarring over bumps than the Nissan X-Trail, and its light steering makes it easy to drive in traffic.

Thinking of leasing the Skoda Kodiaq? Car leasing offers many benefits over buying, including fixed monthly rentals, a low initial outlay and road tax and breakdown cover included. Nationwide Vehicle Contracts will also deliver your new Kodiaq for free and direct to your door, provided your address is situated on the GB mainland (exclusions apply). 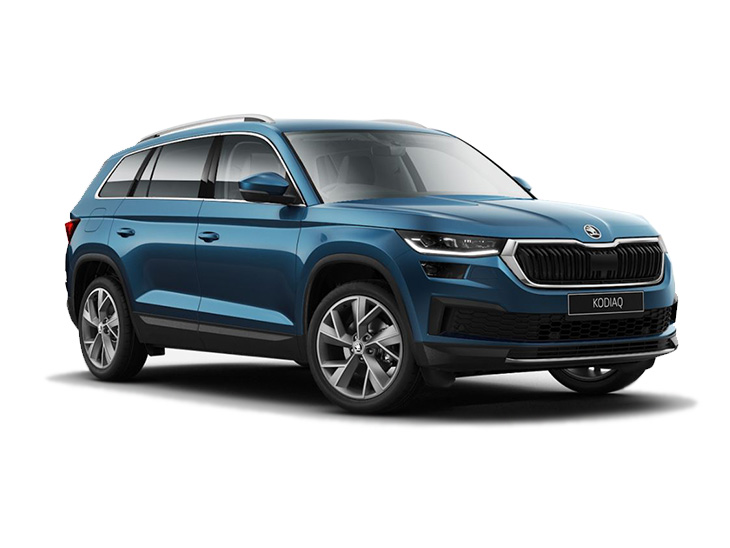 Space wise itâ€™s perfect but the drive is awful, as soon as I can hand this car back tge better

Fuel economy could be better

This SUV has all of the features I need for my family, location, and daily requirements, without breaking the bank like other brands in this range.