Reviews of the Tesla Model 3

Why Lease The Model 3?

The Tesla Model 3 is one of the most significant cars of the past decade. A slickly executed electric rival to the BMW 3 Series and Mercedes-Benz C Class, it’s persuading many people that battery power is the way to go.

The Model 3 has certainly drawn a positive response from Nationwide Vehicle Contracts customers, achieving an average star rating of 4.6 out of 5. “The Model 3 is a pleasure to drive,” said one. “It’s swift and very smooth, the infotainment system and in-car comforts are a cut above anything else I've ever driven. The range is great for an electric. I'm regularly getting 250+ miles on a full charge. Being electric the running costs are very low too.”

A number of respondents did say however that the build quality, particularly inside, wasn’t quite as good as the Tesla’s conventional rivals. “Some interior materials not as good as other £50,000 brands,” was a typical response, but overall the ownership experience has been a positive one.

Although the Model 3 has a fastback profile, it isn’t a hatchback, which to some extent limits what it can carry. The boot itself is long and reasonably spacious. There is also a front luggage locker suitable for two or three soft bags of clothes or shopping.

This is a five-seater car with plenty of room in the front. The rear bench seat is a comfortable place for two adults. Three would find it a bit of a squeeze and the really tall might wish for a little more headroom.

We drove the entry-level Model 3 Standard Range Plus, which has a claimed range between charges of 278 miles, although using a lot of ancillaries or driving in cold conditions will reduce this somewhat. Tesla owners benefit from the company’s own ‘Supercharging’ sites in locations such as motorway services. The car can be up to 80 per cent charged in around 30 minutes at one of these, about 70 minutes with a regular public charger and in the region seven hours using a home wall charger (or 40 miles per charging hour). We spoke to one owner who drove from Kent to Sheffield and rapid charged their vehicle during a comfort stop.

It might not have quite the tactile class of conventional BMW and Mercedes-Benz rivals, but the Model 3 is hardly cheap and nasty. It’s so quiet that any creaks and rattles would become obvious, but there were none in our test car, which was a comfortable place to be. 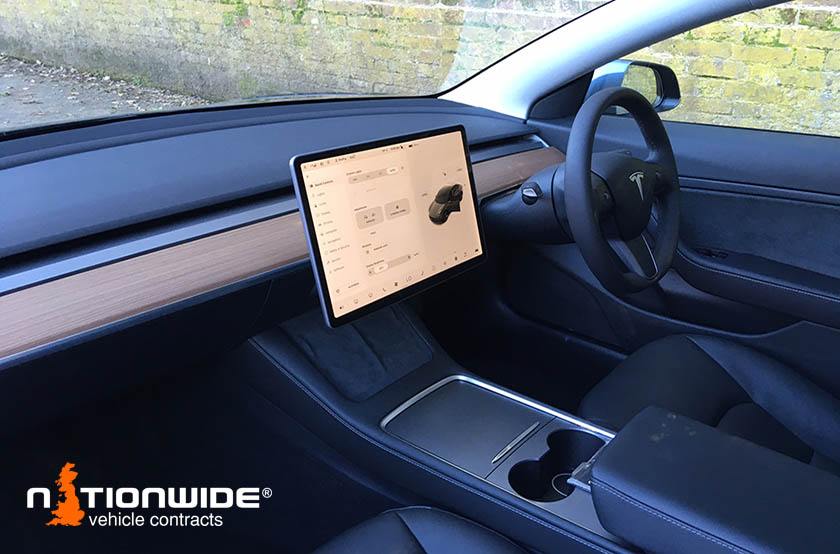 The minimalist dash is dominated by Tesla’s distinctive centre touch screen. Using this takes a little getting used to, but the commands are nicely integrated and sequential, and although there are plenty of control options, this is a user-friendly system.

Many of the car’s functions, including temperature and entry, can be controlled remotely by mobile phone app, another feature our Tesla-owning customers liked.

The Model 3 drives like a regular automatic. Acceleration is instant (think 5.3 sec 0-60, 140mph top speed) and near silent. Essentially, electric motors only have one moving part, and more of their energy goes into driving the car, so they are very responsive. The Model 3 certainly felt quick.

It rides firmly-but-comfortably, corners with roll-free precision, and has sharp, accurate steering. Our car had two-wheel-drive but costlier four-wheel-drive twin-motor versions are quicker still and have a greater range. 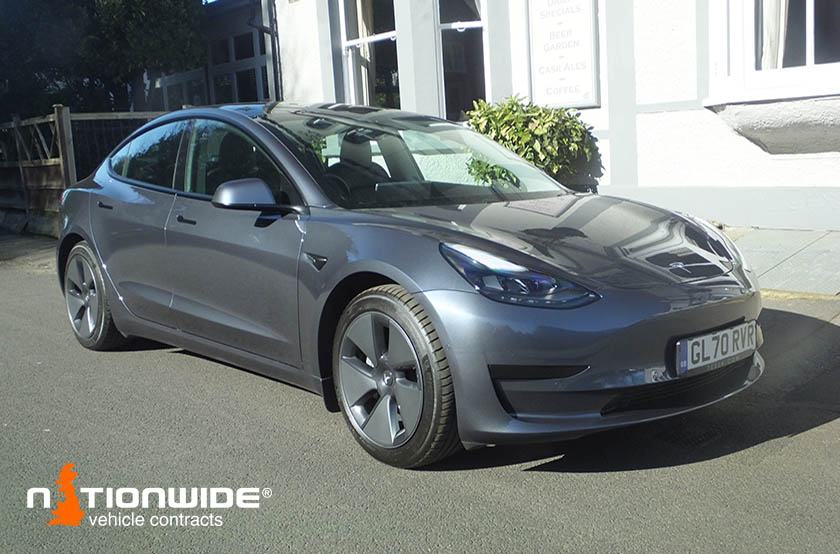 The Model 3 is a technically dense vehicle. Some Tesla owners have reported minor electrical glitches, and for a period, our test car claimed that a door camera was obscured. This wasn’t the case and the warning symbol vanished again after a while.

One feature liked by customers is the self-driving function for duel carriageways (an urban-friendly system is also in the pipeline). This works with the cruise control, is easy to set up and cancel and keeps the car safely positioned in relation to other vehicles.

The driver lightly holds the wheel as the car steers and automatic lane changing works with the indicator stalk. When the turn signal is flashing, the car waits for a gap in the traffic and then manoeuvres.  The control screen has a graphic that shows where other vehicles are.

The Tesla Model 3 is a sophisticated, expensive car, that is a genuinely fresh take on vehicle design. Switching to one from a petrol or diesel compact executive car capable of covering 500 miles between rapid fuelling stops would be a culture shock, but an increasing number of drivers are making this shift and adapting to electric power’s limitations to enjoy its benefits. 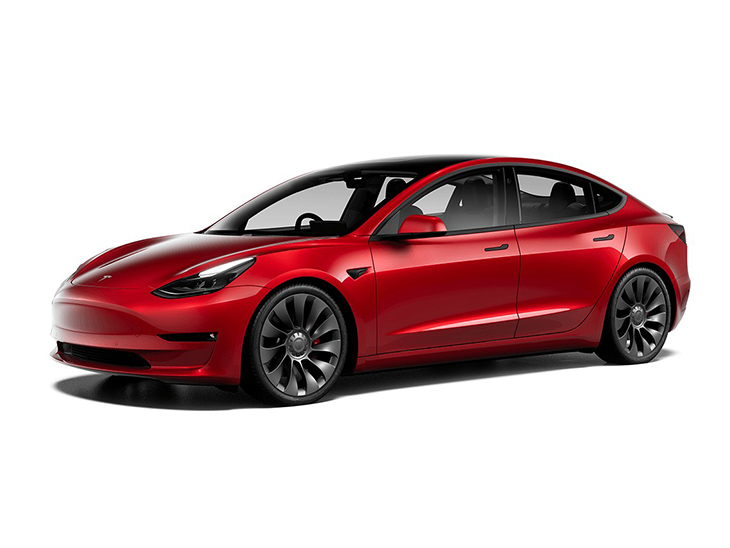 Build quality is not as good as an equivalent German car. Running costs are excellent.

Teslaâ€™s are awesome machines to drive, cheap to run (except insurance) and have a minimalist luxury feel to them.

5.0 out of 5
Matthew Tesla Model 3 Standard Plus Auto

4.9 out of 5
Steven Tesla Model 3 Standard Plus Auto

Many issues . 3 months out of 12 back at the garage Vehicle is un reliable Rattles to hell Not a great car for the price, build quality issues

Lack of Apple CarPlay is a shame, eg for Waze navigation which is consistently better than the Google maps built in. Quality is only just adequate if you look beneath the service. Bet overall the car is fantastic, and Nationwide have been great.

I think the car has been excellent, and exceeded expectations all round. However, while I love it, unfortunately most insurers donâ€™t, and prospective buyers will probably find their usual insurer will provide a horrific premium quote (in my case Â£2,600. Luckily Tesla have negotiated a preferential rate with Direct Line, and I have insured through them for a very reasonable premium of Â£420.

Amazing performance. Love the white interior and the tech (the app is super quick and has great controls). Just an absolute joy to drive, best car Ive leased. Finishings are just a little cheap, doesn't have a 360 camera even though it has loads of cameras!

It is very practical, easy to live with and good for the environment

Great tech and amazing performance - i love the car. On practicality, it would be better as a hatchback and gives that appearance anyway. Handling is great in a straight line, not quite so sure around corners. My kids dont particularly like the ride in the back - i think that is partly the electric regenerative braking system. I would recommend the car, i just like to try different things so never had the same car twice!

3.3 out of 5
Benjamin Tesla Model 3 Standard Plus Auto

Alarm keeps going off for no reason, just found out Tesla doesnâ€™t need a service for the first year but been paying for the service package!

Iâ€™ve been a BMW driver for many years. The Tesla beats it hands down in every department. What can I say. BMW even quoted as saying they donâ€™t think customers want fast acceleration! The battery is a revelation. ðŸ™‚

4.6 out of 5
Jackie Tesla Model 3 Standard Plus Auto