If you’re in the market for an SUV that’s small on the outside but surprisingly spacious on the inside, look no further than the Volkswagen T-Cross. This easy-to-drive, practical family car is not only great to look at, but it comes with plenty of kit as standard too. What’s not to like? Why Lease The T-Cross?

If you're in the market for a small SUV that is comfortable, practical and enjoyable to drive, look no further than the Volkswagen T-Cross.

Taking on rivals such as the Skoda Kamiq, the Ford Puma and the Nissan Juke in the competitive compact crossover class, the Volkswagen T-Cross offers space, style and decent fuel economy, making it perfect for adventures in and out of the city.

While the T-Cross may not be as quirky to look at than rivals such as the Nissan Juke and Ford Puma, it boasts a funkier design than Volkswagen's larger SUVs. Paint colours like Energetic Orange and Mekena Turquoise, along with matching alloy wheels, help make it stand out on the road. There are also elements inspired by the rest of the VW family, including fog light surrounds inspired by the T-Roc and side creases reminiscent of the Polo. 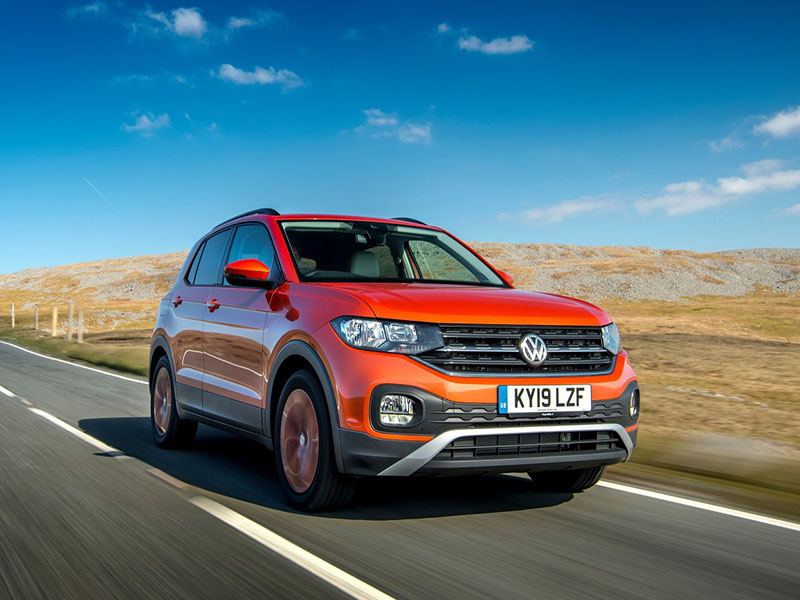 Inside, the T-Cross features some clever tricks to make it more practical. Interior storage is plentiful with a large glovebox, a multitude of trays, cubbies and cupholders and a sliding drawer under the driver's seat. Legroom is as generous as it is in a Volkswagen Polo and its taller stance means headroom is equally good for both front and back passengers.

The 385-litre boot has enough space for a child's buggy or your holiday luggage, which can be expanded to 1,281 litres when the 60:40 split rear seats are folded down, which is 46 litres more than you get in a Renault Captur. SE trims and above comes with an adjustable boot floor as standard.

Sadly, the T-Cross doesn't quite match some of its rivals in terms of style, but refinement is good. The dashboard layout is almost identical to the Polo, with a large infotainment display, an attractive steering wheel and a simple, logical control layout. As with the outside, there is a range of trim packages to help jazz things up, with coloured and textured dashboard panels.

The mid-spec Active offers navigation, heated front seats, all-round parking sensors and a styling pack. A Black Edition model is also available with similar equipment to the Active but with a moody blacked-out design. 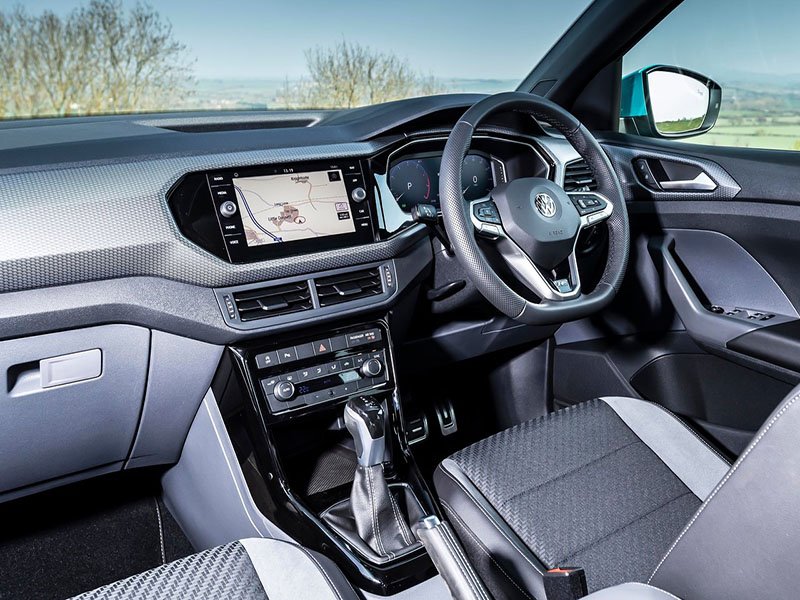 Most drivers will be happy with the entry-level 1.0 TSI petrol engine for nippy around town or the more powerful 109bhp unit if driving long distances or on the motorway.

In terms of ride, the T-Cross isn't quite as comfy as the Skoda Kamiq but still rides well. Compared to other small SUVs, it's much less fidgety than the Kia Stonic, and more controlled than the Citroën C3 Aircross, and is generally smooth and well-mannered at cruising speeds.

Want to get behind the wheel of the new Volkswagen T-Cross? Lease with Nationwide Vehicle Contracts and take advantage of inclusive road tax, breakdown cover and mainland GB delivery direct to your door. Leasing offers many benefits over buying, including fixed monthly rentals, an low initial outlay and flexible mileage and contract length terms, meaning you can change your vehicle every two to three years to take advantage of safety and technology improvements.

*'On the road' price correct at time of publication and typically includes one year’s road fund license, DVLA first registration fee and number plate fee. Always check with the manufacturer. 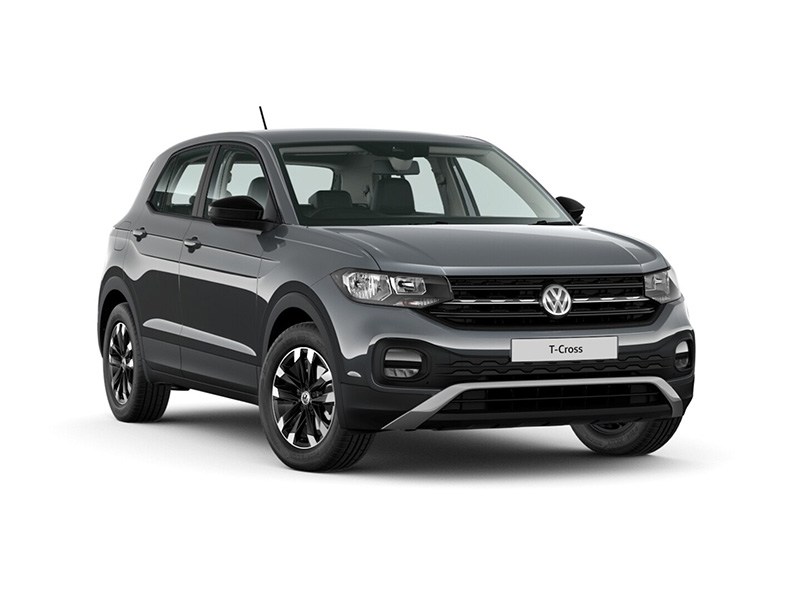 A good small suv. Slightly underpowered up hills but great on the motorway etc. Very comfortable ride, easy to drive although quite basic, not many extras or auto features.

Itâ€™s the perfect car for me with one child. Enough room for all the bits I need and feels safe but not too big to park etc