Reviews of the Nissan Qashqai

Why Lease The Qashqai?

Is the Nissan Qashqai a good car?

It certainly gets the thumbs up from Nationwide Vehicle Contracts' customers who give it a rating of 4.3 stars out of five. They particularly like the high seating position, interior practicality and generous standard safety and convenience features with "Excellent family vehicle. Very practical with good running costs" as a typical comment.

Being a tall car with big doors, entry and exit is easy. Once inside the seats are well shaped and comfortable. There’s room for a trio of adults in the back, with good leg and shoulder room. Rear headroom is generally fine, although if a panoramic glass sunroof is specified very tall people’s heads might brush its frame.

Boot space with the rear seats in place is 419 litres. Fold forward the split rear seats and this rises to 1,569 litres – and on car’s that do without premium sound systems, there’s a little more boot space overall. The boot floor is quite high for lifting in heavy shopping bags, but there isn’t a lip, items can be slid straight in to this uncluttered area, and there’s more space under a clever false floor. Interior oddments storage space is good, with a decent sized glove box and centre console which has power and USB sockets. There are reasonably spacious door pockets and enough cup holders for a family of four.

The Qashqai range starts with the entry level Visia. Other spec levels are Accenta Preimium, N-Connecta and Tekna and Tekna+. All but the Visia get Nissan’s semi-autonomous ProPILOT cruise control that maintains distance and will brake and even stop the car if other vehicles come to a halt. Some models can self park. We found the processes needed to make this work a little fiddly, but familiarity would probably make this feature straightforward to use. 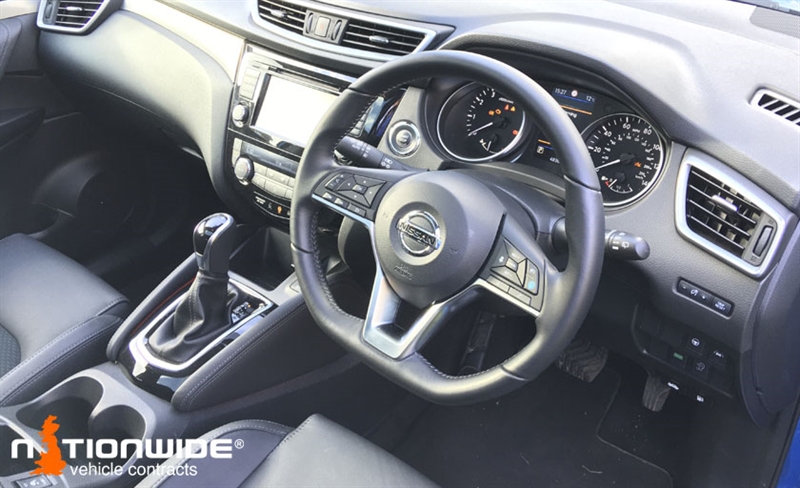 There isn’t a great deal to say about the controls and instruments, which are straightforward to use and well placed. The central touch screen is flanked by a selection of rectangular buttons, and is perhaps starting to look a little dated, but there’s nothing wrong with the way it actually works.

The engine range has been simplified over the years. There’s a 1.3 turbo petrol with two power outputs together with 1.5 and 1.7 diesels, but hybrid drive isn’t an option. Transmission-wise there are six-speed manuals and seven-speed automatics with paddle shift controls.

Our test car was a petrol turbo 1.3 in Tekna guise. One Nationwide Vehicle Contracts customer leasing a Tekna+ spec Qashqai with the same power unit described it as having "a very comfortable to drive and the 1.3T engine is a big improvement over the previous 1.2T, it has all the power the Qashqai needs." We wouldn’t argue.

Certainly with its 123mph top speed and 9.9 seconds 0-62 time, our 1.3 petrol Qashqai’s real world performance was fine. The engine pulled well, was pretty refined under acceleration and quiet and relaxed at speed. The seven-speed self-changing transmission did its stuff smoothly and without fuss. It responded quickly if the steering wheel paddles were used.

Is the Nissan Qashqai fuel efficient?

Well, Nissan claims a combined fuel consumption of around 40mpg, and our test car emitted 131 grams of C02 per kilometre. 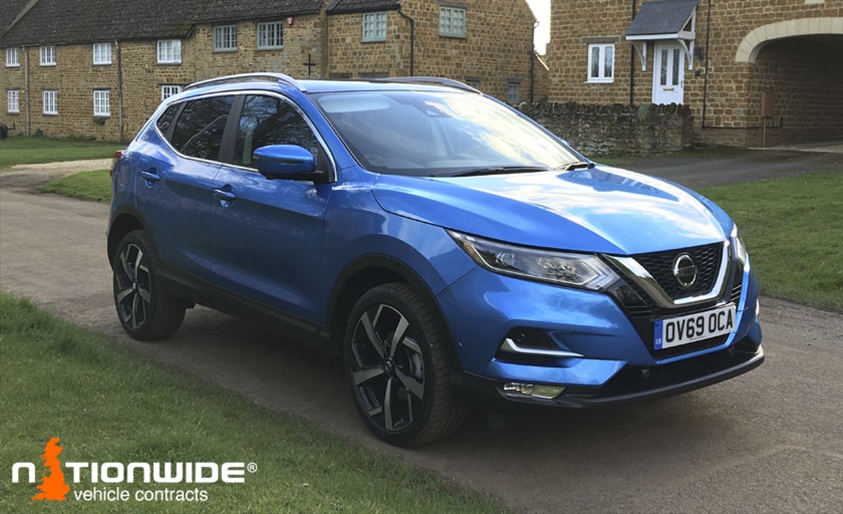 It’s a biggish, upright car, but wind noise is well suppressed. The ride is pliant and pretty well controlled. The old Qashqai felt a bit bouncy and fidgety, but the current one is more composed. The car is actually very pleasant to drive, with tidy, light and accurate steering. Cornering at speed will result in some lean, but the car faithfully goes where it’s pointed and is not unduly upset by poor road surfaces.

The British-made Qashqai has been a huge sales success, and has become Nissan’s most successful European model ever. Although it’s now one of the oldest cars in its class it still has a long list of qualities, from a generous spec list with some excellent safety gear, a flexible, spacious interior, plenty of thoughtful design touches and nice driving characteristics. It’s a very easy car to live with. In fact, the Qashqai is a good example of user friendliness on wheels. 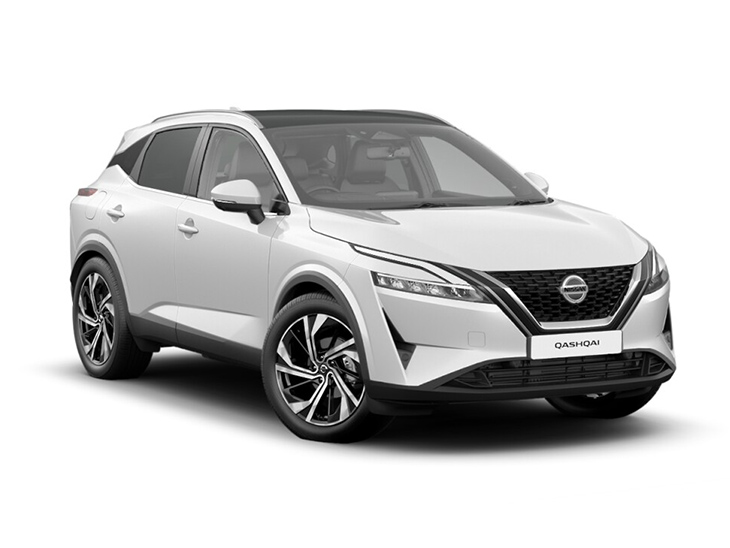 The Nissan is the most comfortable car i have had and i have loads of different cars over the years, Mercs, jags, Astras, BMW,s, Renaults etc, just a very pleasant car to drive. The only minor issue is the Sat Nav screen which is hard to read especially in sunlight.

This is our fourth qashqai it suits our needs perfectly and the 1.3 petrol engine is superb for all types of driving. Looking forward to no.5!

Like it all, would have liked a parcel shelf in the boot though thi is not a major thing

This is our first time leasing and it has been a very good experience so far. From the arrival of the vehicle to the collection of it for its annual service. The car is extremely comfortable and has everything we need. I will most definitely continue to lease either this vehicle or another one in the future.

Well equipped, lots of room for passengers and luggage and willing 1.3 engine that pulls away and cruises really well.

It is very easy to drive. Comfortable with every accessory you can think of. I would have preferred leather seats but it wasn't a deal breaker. It's performance is phenomenal but it's is not as economical as expected. I only average 34mpg

Decent value for money but overall poor quality, unresponsive acceleration and a very indecisive gearbox. Not sure Iâ€™d rush back to Nissan.

Solid vehicle, nice non plastic feel inside that some brands have