Refreshed in 2021, the Vauxhall Astra remains one of the most popular cars on British roads. With a range of impressive new engines boasting good economy, the Vauxhall Astra is also as easy on the wallet as it is on the eye. Whether it's the sporty GS Line or plush Ultimate trim, view our exclusive Astra lease deals below with free mainland GB delivery (exclusions apply). 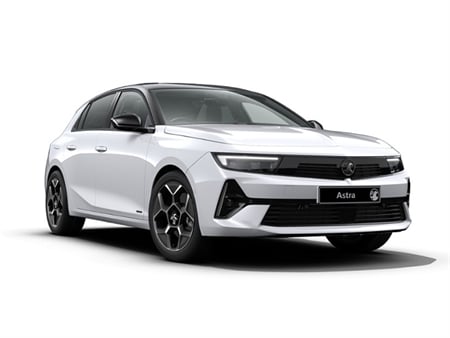 Why Lease The Astra Hatchback?

Go to the car hire desk at an airport and there’s a good chance that one of the options will be a ‘Vauxhall Astra or similar’. Such has been the success of Vauxhall’s mid-sized hatch over the last four decades that it has become one of the cars that defines its segment.

It’s a fiercely competitive market at the moment. Rivals such as the Ford Focus and the Volkswagen Golf have continually pushed expectations for dynamic performance, comfort and quality. But the Astra has upped its game too, with a facelifted version launched in 2019, which brought improved engines, revised chassis tuning and more equipment. Pricing remains keen as well, plus there’s an estate version, the Astra Sports Tourer, which offers added practicality.

It’s easy to get comfortable inside the Astra, with plenty of adjustment on the driver’s seat and more than enough room for one six-footer to sit behind another. As with most cars in this class, the middle seat in the back is a bit of squeeze if you’ve got adults on either side, but it is nonetheless a full five-seater.

At 370 litres, the Astra’s boot is competitive with most of its rivals – it’s comfortably big enough for a pram or a couple of large suitcases. It’s also sensibly shaped, with square sides to maximise loading capacity and ridges on the floor that prevent your luggage from sliding around. That said, it lags some way behind the likes of the Skoda Octavia. The Astra Sports Tourer increases this to 540 litres – 1,630 litres if you fold the rear seats down – but it’s still not as capacious as some.

The Astra’s interior is smart and sensibly laid out. It’s not especially striking to look at, but the updated cabin is comfortable and well screwed together. It’s the perfect place for passing the hours on the motorway.

Vauxhall offers a faintly bewildering array of different trim specs, but even the SE base model comes with Android Auto and Apple CarPlay, along with cruise control, air conditioning and DAB radio. Built-in satellite navigation is standard on the all barring the SE and SRi grades, while top spec models include luxuries like heated seats, wireless phone charging and a heated windscreen. 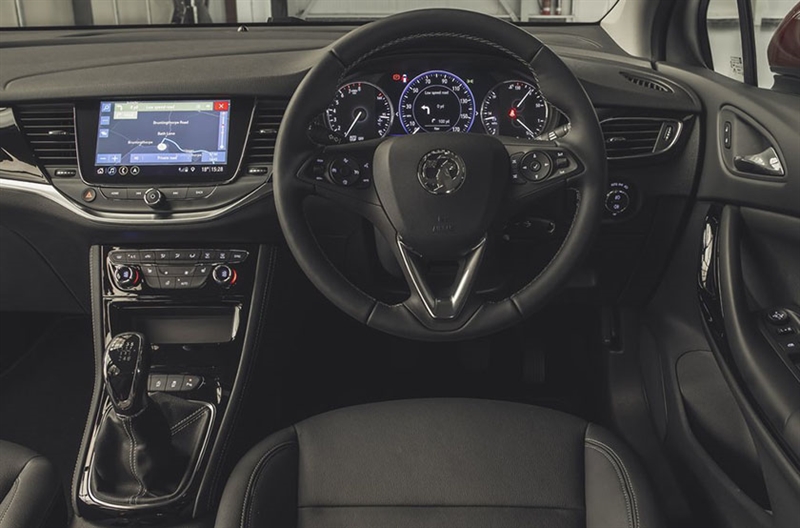 Even in its more basic forms, the Astra offers a decent infotainment system, with a 7-inch touchscreen system that’s logically laid out and reasonably responsive. Range-topping Elite Nav and Ultimate Nav models upgrade to an 8-inch touchscreen, while the latter comes with a premium BOSE sound system.

The previous generation Astra was a major step forward when it arrived in 2015, and the latest updates build on that yet further. It offers a well-judged balance between comfort and agility, with crisp steering allied to a fairly supple ride. As a result, the Astra is now among the better cars in its class for dynamics, although still not quite as sharp as the Ford Focus.

There are four petrol engines available, all of which are three-cylinder turbos: a 1.2-litre unit in 110, 130 and 145PS guises that’s paired with a 6-speed manual gearbox, plus a 145PS 1.4 that comes exclusively with a stepless CVT transmission. The Diesel choice is essentially two versions of the same 1.5-litre 3-cylinder unit, rated at 105PS and 122PS respectively, with a 6-speed manual as standard and a 9-speed auto available on the higher output model. 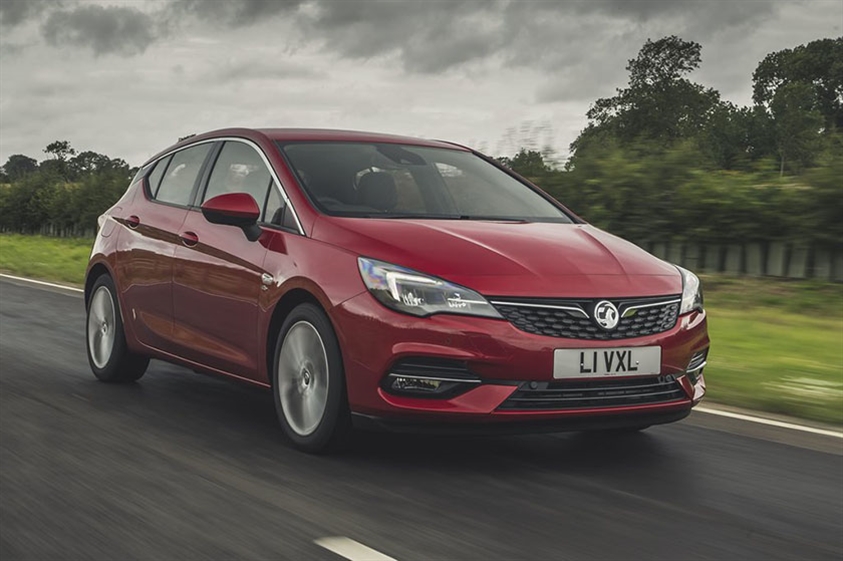 All are reasonably refined, adding to the Astra’s easy-going feel. Performance is quite sprightly too, with even the lower-powered diesel offering a respectable 250Nm of torque. Unlike a lot of rivals there’s no performance model as such in the Astra range currently, although the SRi does add a few sporty styling touches. Instead, the Astra majors on economy. The 1.2 petrol returns a very respectable 52.3mpg in both 110 and 130PS forms, while the CO2 emissions start at just 99g/km. It’s a similar story with the diesels, which offer as much as 65.7mpg and as little as 91g/km, depending on specification.
It’s a little early to comment on the revamped Astra’s reliability, but the new engines come from PSA, which traditionally fares well in driver satisfaction surveys.

Perhaps fittingly, the Astra sits roughly in the middle of the segment that it helped to define. It compares favourably to a lot of rivals in a lot of areas, without excelling at any one thing in particular.

For many, it will be the Astra’s pricing that clinches the deal. It tends to undercut its main rivals, despite offering similar levels of equipment and performance. Check out our Vauxhall Astra leasing deals to find out more. 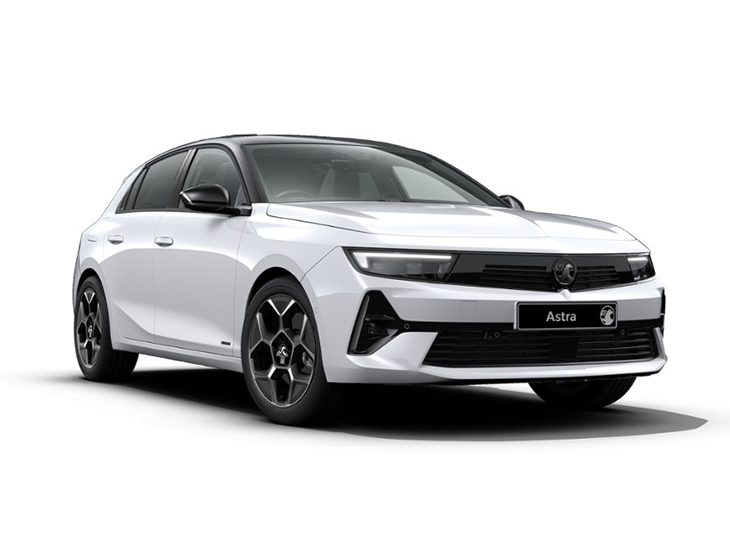 Perfect size, easy to drive, comfortable too just wish it had reverse cameras

Love to drive this car but passenger seat very low unable to higher it unlike drivers seat would prob go back to Mokka next time as easier to get in and out of!