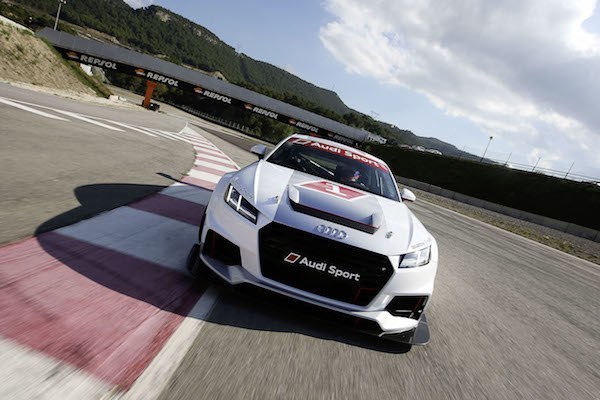 It has been a long wait for those that applied for the new Audi Sport TT Cup, which makes its debut this season, replacing the outgoing Scirocco R-Cup on the support package for the Deutsche Tourenwagen Masters (DTM), but the wait is almost over.

165 applicants from 30 different countries had tried to make their case for the 18 full-time seats that are available in the new series, with all the Audi TT Cup cars currently being prepared by quattro GmbH ahead of the first race weekend in May at the famed Hockenheimring.

The final development, testing and fine-tuning stages are underway with the cars that will produce 310bhp from the 2.0 TFSi engine, which will also be equipped with a 30bhp “Push-To-Pass” function that was also part of the series that it replaces. Six of the 24 cars have been reserved for guest drivers, which will include legends from the racing world, celebrities and the media.

Hankook, which currently supplies the DTM and the FIA Formula 3 European Championship, becomes the official tyre supplier for this new series, which also helps to maintain performance parity between the cars. This means that as per the Scirocco R-Cup, the drivers will be the ones that will make the difference.

Project Leader, Rolf Michl, was very surprised with the amount of applications that were put forward to join what has the promise of an exciting championship: “In making the selections, we were spoiled for choice and, due to the high quality, could even have easily filled two fields. The large number of worldwide applications confirms our expectation that the Audi Sport TT Cup will not only attract huge national but international attention as well.”

The final 18 drivers that will now take to the grid have further work ahead of them, as those selected will be put through their paces physically at a training camp in Bavaria between the 2nd and 5th of March, before heading to the Circuit de Catalunya for testing to acclimatize to the vehicle.

Throughout the judging process, all 165 applicants were scrutinized closely by a high-caliber jury that includes the man that will be the driver coach of the series itself, Markus Winkelhock, Le Mans winner Marco Werner and former rally ace Sepp Haider. The jury then selected those that met the criteria, which shows the average age of those competing to be just 20 years of age.

The 18 drivers that make up the grid for this year’s inaugural championship are from 13 different countries and three continents, with Michl’s aim of a truly international field being realized: “We intensively reviewed every single application and in a multi-stage selection process chose the 18 drivers who are now given the chance to prove themselves in the Audi Sport TT Cup. Now, we’re looking forward to getting to know the 18 selected drivers better at the fitness camp and during the initial track tests at the beginning of March.”

Those lining up on the grid for the 12-race championship, will see them compete in support of the DTM across six race weekends in Germany and Austria, and has some great yung talents amongst its ranks.

Another Swede that will be one to keep your eyes on is Mikaela Åhlin-Kottulinsky, who took a well-deserved win in the Scirocco R-Cup last year at the Norisring, and along with Poland’s Gosia Rdest and France’s Lucile Cypriano, this trio will represent the female racing contingent in the series.

Brit Josh Caygill is the oldest driver in the field at the age of 25, but has progressed through the UK-based VW Racing Cup in 2013, before racing against Åhlin-Kottulinsky in the Scirocco R-Cup last year whilst competing in both series.

The remainder of the field is as follows:

·       Loris Hezemans from the Netherlands.

Even with the fact that the average age of the entire grid for the full-time entrants is low, it will not deter from the action that we could come to expect, especially with the fact that Audi Sport is assisting these drivers to help them climb the ladder within the professional racing world through the Audi Sport TT Cup.

With 24 cars set to go out on track in the Baden-Württemburg region in early May, the hard work continues for all concerned, as the lights will soon go out, as these young hopefuls will hit the throttle towards the first turn of the series. Action and drama awaits on the asphalt. 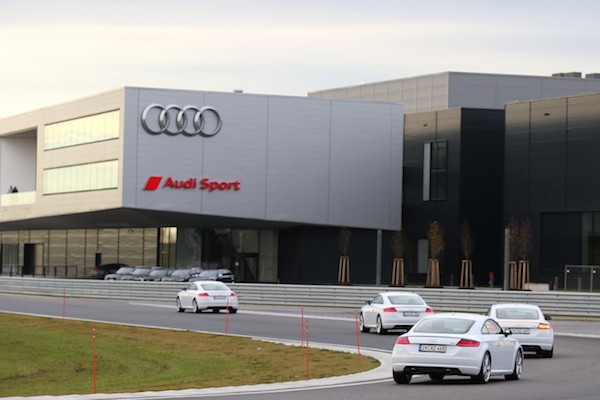 The 18 drivers were selected after a demanding assessment at Audi Sport's HQ (Image credit: Audi Sport)