Never Smart To Use a Phone When Driving 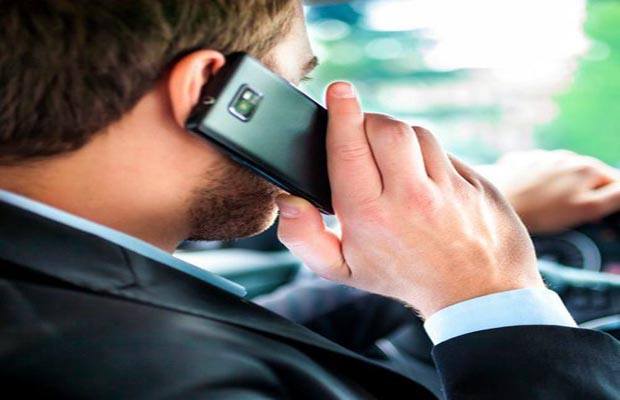 With the news that the Government will be increasing the punishment for being caught using a phone when behind the wheel, it is worth taking a look at just what is going on between drivers and their smartphones.

A new survey by road safety charity Brake, and Direct Line has revealed the risks that a large number (around 50%) of drivers aged between 25 and 34 are taking "by texting, using apps or going online on their mobiles when they are behind the wheel."

Driving needs full concentration at all times, with unpredictability and risk part of the ride, so anyone taking time away from the road to use their phone is "significantly increasing their risk of causing a devastating crash" that could not only affect them, but also their passengers, other drivers and their passengers, and pedestrians.

Recent studies have shown that reading and writing messages while driving is actually more distracting than talking on the phone - and this means writing a text, sending an email, updating a status and all the other actions that are involved when using social networks, apps and other communications on a phone.

Think about it! Your mind, hands and eyes are on a phone and not on the road. Of course it is a distraction. Reaction times to any situation for a driver that is texting can be up to 35% slower, and that's not to mention the lack of lane control. In fact, one study in America for the Federal Motor Carrier Safety Administration found that drivers that are texting are up to 23 times more likely to have or cause an accident than someone paying full attention.

"A study of in-vehicle video footage estimated that 22% of crashes could be caused, at least in part, by driver distraction," and if we are honest with ourselves, reaching for our phones, whether they are ringing or not, is now part of a driving journey, just as it is part of our daily lives.

But it needs NOT to be when driving, as the National Highway Traffic Safety Administration revealed in 2008 that "drivers who perform a secondary task at the wheel are two to three times more likely to crash." And this can actually be anything from eating a sandwich and changing a CD to a full-blown conversation on a hand-held phone.

And it IS difficult to ignore the lure of the smartphone. After all, just look around you at any time of day or night when out and see how many people are looking at something on their phones - and when they look again!

It could be considered some sort of addiction, and a rejection of this addiction could, according to the RoSPA back in 2007, lead to drivers being under the misguided belief that they are in control (both of themselves and the vehicle) when they are actually being distracted, and that they are a considerable risk to others on and off the road.

42 year old teacher, and mum of two, Zoe Carvin was killed when a 26 year old lorry driver ploughed into a queue of traffic because he was reading a text message.

Her husband Paul Carvin said: “When Zoe died it wasn’t as if she had cancer that couldn’t be cured, it was because someone did something stupid. It was such a pointless death. Her death affected hundreds of lives. Two children have been brought up without a mother, 30 children lost their teacher, a driver has been jailed for three years; his life will never be the same either. My daughter recently got engaged and is planning a wedding without her mum. Family members have suffered with depression; it affects us every single day. I recently saw a young woman texting with two small children in the car swerving all over the road obviously not in control of her vehicle. If she only knew what it would feel like for them to grow up without her, or for her to live without them. Crashes like this devastate families. They are entirely preventable.”

What can be done?

According to the survey results, it is the age group of 34 year-old drivers and below that are the biggest breakers of the law when it comes to phone use in the car, although those aged above 34 aren't exempt from criticism either as around 20% of 35-44 year-olds and 10% of 45-54 year-olds admit to using phones while driving too.

And it is this age group that are finding themselves 'having' to be in constant touch with the world around them, especially in a social sense.

It is understandable that it is difficult to ignore a ringing phone when driving, but if it is that urgent to answer it, then pull over, turn the engine off, and answer it (or ring back.) But a text can wait; that urgent Twitter reply isn't really that urgent; the Facebook status isn't the be all and end all; after all, the distraction that they cause could be the last message that you hear.

Put your phone into airplane mode, or turn it off while you are driving.

Alice Bailey, campaigns and communications adviser for Brake, the road safety charity, said: “Younger drivers, especially those aged between 25 and 34, simply aren’t getting the message about the dangers of using a mobile phone while driving. Doing any other complex task while driving hugely increases your chance of crashing. We’ve seen recent examples of drivers who have crashed while trying to play games like Pokémon Go or posting Snapchat images while behind the wheel. These drivers are putting their own and other people’s lives in grave danger by taking this risk. If a phone has to be used as a sat nav, it must be programmed before setting off on the journey and properly secured. There is no other acceptable way to use a phone while driving.”