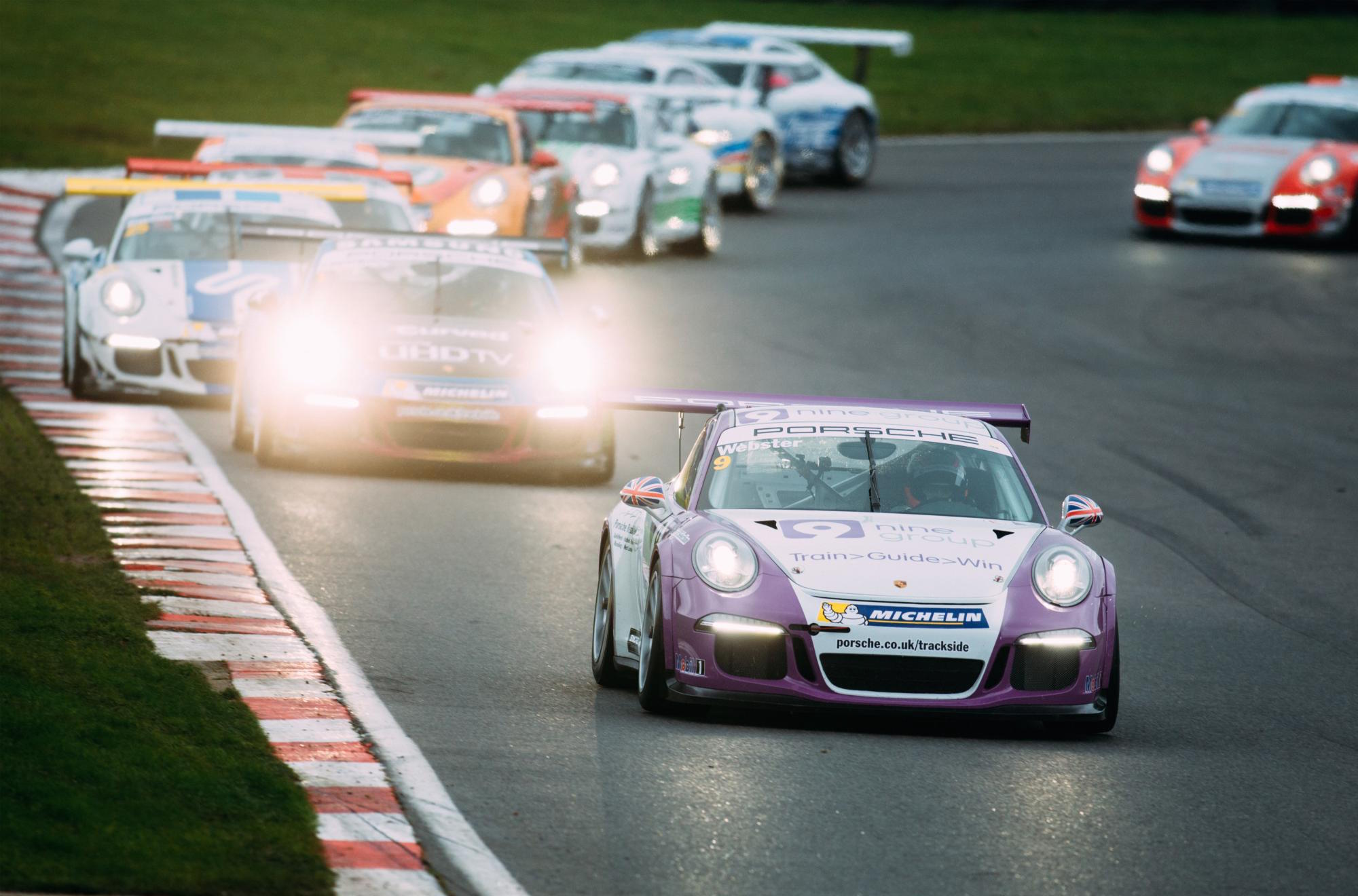 October saw the first glimpse as to the refreshed Porsche Carrera Cup GB Championship, as the series carries on as one of the mainstay attractions on the support package for the Dunlop MSA British Touring Car Championship.

April sees the first bout of action for the drivers and teams that will be hitting the asphalt at the Indy Circuit at Brands Hatch, with four new teams coming to join the party, of what is traditionally a very exciting championship.

Iain Dockerill’s Credit4Cars outfit will be fielding several vehicles for the forthcoming 2015 season, having had experience in both the GT Cup and the British GT Championship, as well as racing in F1 Historics and sportscar series across Europe.

G-Cat Racing, whose experience stems from the same stables as Credit4Cars, will be fielding cars for both Peter and Shamus Jennings, as both teams feel that making the jump to the Porsche Carrera Cup GB Championship for 2015 is a logical move forward, especially with the “Type 991” 911 GT3 Cup that will be driven all season long, as well as the trip to Belgium to support the second round of the 2015 FIA World Endurance Championship.

Having clinched the Pro-AM 1 title with Jonas Glezinis back in 2011, Juta Racing makes its return to the championship, taking on a fresh start, which ties in with a multi-car entry for 2015. Jonas’ younger brother Ignas will make the move to the “Pro” category for this year’s championship. GT Marques will also make a return to the series, having shown good form back in 2013, so they could be one to keep an eye on from the very beginning.

IN2 Racing, who have supported the championship for a number of years, are again summiting resources to their efforts in the Pro-Am2 category for 2015, as Paul McKay and David Walley are confirmed to drive for the outfit thus far.

Redline Racing, Team Parker Racing and Parr Motorsport, who have been a part of the series since 2003, will again be on the grid for 2015, with each team fielding several cars as a part of their respective campaigns.

Josh Files makes his return to the domestic racing scene, as the Norwich racer, who took the UK Clio Cup title in 2013, is excited to be one of the “Pro” drivers at Team Parker, competing under the Racing For Heroes banner.

“We’ve been working towards it for so long now and to be able to do it for Help For Heroes under our new #racingforheroes banner, is really the icing on the cake and makes it so much more worthwhile. I can’t wait to get started in 2015 in what looks like a seriously competitive field.”

Josh Webster, who won the Championship last year, with the support of the Porsche Carrera Cup CB Championship Scholarship, is also looking to return to the series, showing that he is keen to stay with the German manufacturer for the second year of the program.”

“I want to drive in the Carrera Cup. It’s mega and the grid numbers are looking big for 2015, so the level of competition I will face defending my title will be even more intense next season,” said the 20-year-old, who is looking to further his career towards that next step. “At the same time, I am also working on a future Mobil 1 Supercup campaign with Porsche, which I am determined to start with selected rounds in 2015."

The prestige of racing in series like the Porsche Cup has seen the likes of current factory drivers Nick Tandy, Romain Dumas and Marc Lieb graduate to the top tier of motorsport, who have all been competing for the Stuttgart manufacturer in the World Endurance Championship this season.

Porsche Cars GB’s Marketing General Manager, Ragnar Schult, welcomed the new additions for the 2015 season, as well as thanking those that have stood by the series through thick and thin: “Next season, a new chapter of Carrera Cup GB begins. In addition to our proud role in support of the exciting TOCA British Touring Car Championship programme, we also look forward to the season highlight of two races at the Spa-Francorchamps circuit in Belgium, on the same weekend our Porsche Motorsport colleagues will be participating in the World Endurance Championship around the iconic track.”