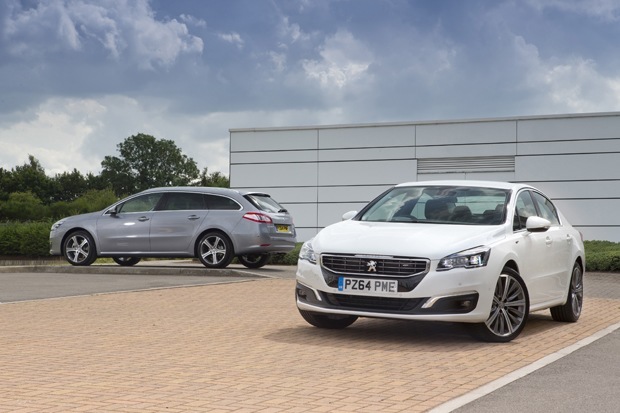 The Peugeot 508 has always been a smart and sophisticated car, and now it has been significantly updated so that it is able to compete in the demanding market of the executive car segment. With major changes in exterior and interior styling, technological content and in the engine department, Peugeot believe that “this stunning ‘grand tourer’ embodies our Brand’s move up-market like nothing else.”

It’s not just updates to the Peugeot 508 such as a bold new front grille, a touch-screen infotainment system with reversing camera and blind spot sensors, economical and efficient Euro 6 engines like the 2.0-litre BlueHDi 150 diesel with six-speed manual transmission and low CO2 emissions of just 109g per km, that’s going to be attracting interest; there’s also the addition of a diesel-only powertrain to the RXH body style model to fan the flames of desire too!

So; enough talking and building up the tension – let’s get to the meat of the information. 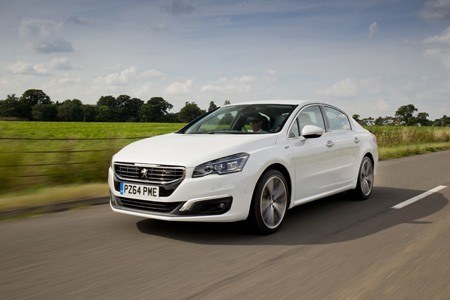 Peugeot has been about for a long while in the D-segment of grand tourers with a reputation built on the Peugeot 4 and 5 series models: a reputation enhanced since the launch in early 2011 of the Peugeot 508 Saloon and SW estate models.

In 2012, the Peugeot 508 RXH HYbrid4 arrived with its innovative use of a diesel-electric hybrid drivetrain, rugged posture, versatility in use and environmental performance.

Back when it was first launched, the Peugeot 508 was created as a robust vehicle with exceptional build quality, and this hasn’t really changed with the new model this year.

With the new grill standing proud and upright with the famous Peugeot Lion in the centre, it gives off an air of  self-assurance and confidence that it is hoped transfers to all Peugeot’s cars in the future whilst at the same time tipping a nod to the Series 5 history.

There is a more horizontal bonnet which gives the 508 a more contemporary look, and the Saloon’s rear end now has a redesigned bumper which distinguishes it from the boot. The look of these is accentuated by the fact that the model is now longer than previous incarnations by 38mm, due mainly to the front and rear overhangs. 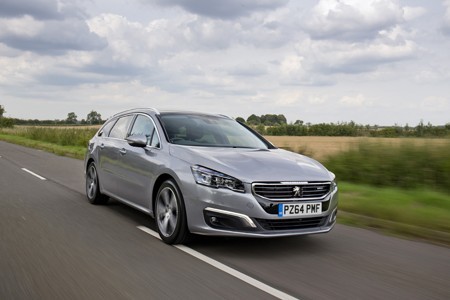 Spotlight on the LED

On the top-of-the-range versions (RXH, GT & Allure), the front of the Peugeot 508 has some distinguishable new lighting with the headlamps, daytime running lamps, direction indicators and fog lamps all created completely from hi-tech LEDs. For those of facing a new Peugeot 508 as it approaches at night, the  headlamps contain three modules of four LEDs each, to which are added three additional LEDs for the cornering lighting function – and that is one bright headlamp.

Each car’s visual signature is created by the daytime running lamps built into the bumper as standard - that’s a curve on the Saloon and the SW, and claws on the RXH –and even the indicators comprise of four LEDs following the form of the daytime running lamps. There are even LEDs in the front foglamps as standard on the Allure models – all in total there are around 44 LEDs that make up the look of the new PEUGEOT 508 at the front and 36 at the back (arranged in 3 claws on the Saloon.) 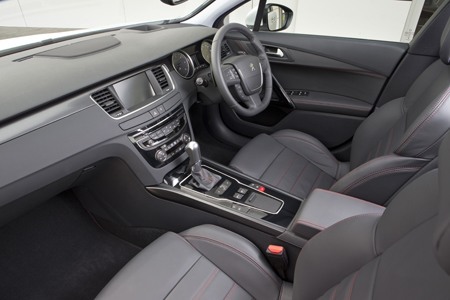 An enhancement wouldn’t be an enhancement without changes to the interior, so the mid-life refreshment of the Peugeot 508 continues.

As standard right from the lowest Peugeot 508 entry level, the dashboard now includes a 7” touch-screen complete with shortcut buttons for the main menus – navigation, air conditioning, radio, connectivity, etc –  so the central area now has fewer buttons and a new closed storage box. On the RXH and GT models, the instrument panel is backed up by a colour Head-Up Display of driving and navigation information that can be viewed on a retractable smoked screen.

Away from the dashboard and all its loveliness you will find that the Peugeot 508 now offers additional features like Peugeot Open&Go Keyless Entry and Start, an automatic electric parking brake, automatic headlamp dipping, an electro-chrome interior mirror, tyre pressure warning, front and rear parking sensors, quad-zone automatic air conditioning, JBL-badged audio system, Blind Spot Detectors and a reversing camera – all as standard.

And all of this means that the drive that you experience will not only be comfortable – thanks to the suspension system on the PEUGEOT 508 that offers a coupled hub (on the more powerful diesel versions) and a multi-link set-up at the rear – but safe too! 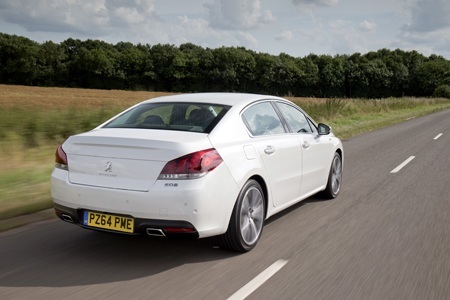 Since 2012 the Peugeot 508 has been available in saloon, estate and RXH styles, and now the 2.0-litre BlueHDi 180 six-speed automatic RXH joins the family once it has made its Paris Motor Show appearance.

The 2.0-litre BlueHDi 180 Automatic EAT6 is available in the RXH body style from November 2014, and besides that low emissions figure also achieves an impressive fuel consumption figure of 61.4mpg.

So what does that all leave us with?

The Peugeot 508 GT Saloon and SW estate is available in only one engine and gearbox combination (a 2.2-litre HDi 200 engine with six-speed automatic gearbox) and features a colour head up display, 19-inch alloy wheels and nappa leather.