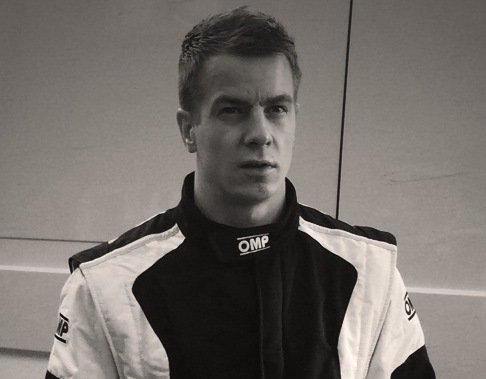 Kingman has taken racing from Twitter to the track (Credit: CK Motorsport)

There are many ways that people are motivated to follow that racing ambition, no matter when they decide to go for it and push the pedal to the metal. Bristol's Clayton Kingman, who is a working man, found that racing was clearly calling after a random tweet just two years ago put him in the frame for track action.

The fact that all those that love motorsport, including Clayton, get bitten by the proverbial bug, as his Volkswagen Golf MK3 is not that far away from being ready for battle. The Dunlop V.A.G. Trophy driver, representing VrD Motorsport looks to get underway at Silverstone this coming April.

Clayton took time out of his busy schedule to talk to us here at Nationwide Vehicle Contracts to tell us about his unique story as to how the racing came about, as well as the hard work that has been going on behind the scenes.

Nationwide Vehicle Contracts: Clayton, thanks to talking to us first of all. We understand that it is your rookie season in the VAG Trophy, where you will be running a mark 3 Golf VR6. Your story is somewhat unique in many respects, because its gone from Twitter to the track. Just tell us about the genesis of the project and how things are progressing ahead of the racing this year.

Clayton Kingman: Yes, it is a strange and unique story. I met a guy called David Vardy of VrD Motorsport, who is building our Golf this year. David was unknown to me two years ago, but it all stemmed from a tweet which involved talking about the Avengers and articles of clothing, which then started from there.

I had been looking at the MG ZR Trophy and a conversation with Dave transpired that he’d previously ran a young apprentice program for the Skoda UK Rally team, saying that he had purchased a Golf. We started talks about potentially putting that one the road, but there were some doubts because of me looking at the MGs.

Then it was a case of looking at budgets and seeing if we could afford to build a car, which was clearly not the case, as we were both working at the time. We then decided that we were going to give it a good go. David had already competed in a historic VW Beetle with Bob Beales, so we set about creating a story and since there, we’ve developed the car and put a roll cage in it. It was a £1000 road-going car and we’ve managed to acquire the relevant parts. We’ve also got sponsorship backing which fantastic as well.

NVC: Especially when there are companies like Cobra, HANS, Paddockbid, Graham & Leigh, POWER MAXED, APM Customs and Ant Training Ltd getting on board with the program. Preparations are well underway for you to get ready to race from a mental and physical preparation aspect. How much hard work has been happening behind the scenes to get ready to hit the track running at Silverstone?

CK: That is one of the key parts of the racing for me, especially when I am in the gym at 5.30 every morning for an hour. Not a nice thing, I know, but it is a part of the dedication that is required. I like to visit Garage 51, another one of our partners to use their BATAK machine, as it doesn’t just concentrate on mental focus, but it helps to train that aspect and develop it too.

NVC: There is also a fact that people in motorsport decide to give something back to the fans, which is where you’ve gone outside the box on this one. You’ve gone against convention when it comes to PR, with FanPR beign instigated from the word go, especially as theChasinRacers will be running your Twitter feed at the first weekend at Silverstone. How did this come about?

CK: We had to create a story, something different, especially as we come from a working-class background and that we believe in a dream. We understand business and marketing, especially in a time when a lot of teams will go with professional PR outfits. That’s great, but we want to be a fans team at the end of the day.

So at each round, we will pick a random follower from those that are interested to run our PR for the entire weekend. They’ll come down and will have full control of our twitter account, updating everyone on what’s happening about the action and the racing. That’s what we really wanted to have it come from the fans’ point of view and to be open to the fans as well. That’s what we are all about.

NVC: Another thing about giving back to others is to help with charities. You’ve joined up with Wallace & Gromit Childrens Charity, and how did you become involved with Nick and the team there?

CK: We were fans that wanted to get into motorsport and wanted to inspire others to do so. One of the things that we wanted to do was to give back to those that need it. The Foundation really ticked all the boxes for us, as Dave has kids and they have had to use varying hospitals and hospices and I’ve been touched by cancer in my family, along with other health issues.

We wanted to cover all the bases, not just one, so Wallace & Gromit’s Children charity has no real media means, which gave us the idea of helping give them exposure through us. We’re going to be using their branding that will be created for us by PopBangColour’s Ian Cook on the roof of the car.

We’ll also be doing a charity event that will be in August, which will be a black tie dinner and all the proceeds will be going to the charity itself. Wallace and Gromit will be coming to Silverstone with us, and we have been invited by Nick Parkes to take the car to their annual golf day for both him and his friends to have photos taken with the Golf itself.

It is great to do something like this in my view, as well as giving something back.

NVC: Last of all, you’re chomping to get behind the wheel of the car and get things underway on your first season of racing. How you do think things will go and what potential do you think there is this year?

CK: We both work five days a week and build the car at weekends. We’re aiming to get the car out this month to get some testing under our belt. Of course, my aim is to go out there and win races in class, but it depends on the car and getting the backing that we need when the required upgrades throughout the season are to be done.

Clayton realises that there is that a mountain to climb, but he is looking forward to getting the visor down and challenging the rest of the field in 2014. We'd like to thank him for his time and for talking to us and wish him all the best for the forthcoming season. (For more of our Track Talk series you can read more interviews in the series here) 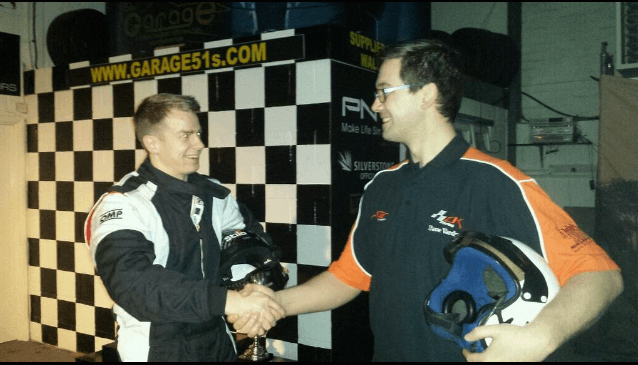 Kingman and Vardy are hard at work getting things set for 2014 (Credit: VrD Motorsport)