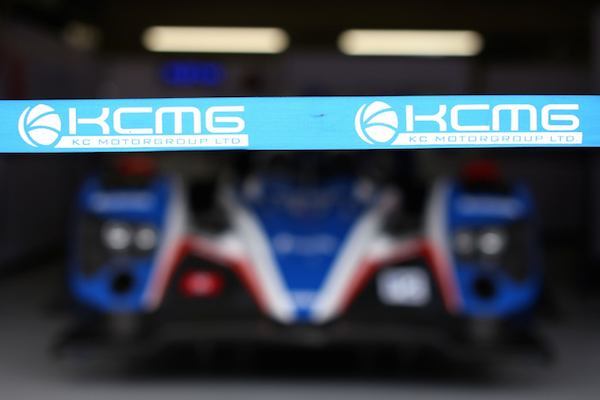 It was a difficult year for Hong Kong-based KC Motorgroup Ltd, who took part in their first full FIA World Endurance Championship campaign last season, and were fighting at the very front.

However, several incidents during the season meant that Paul Ip’s racing outfit would be out of contention. This was eventually the case after their Nissan-powered ORECA 03R was heavily damaged on the very first lap of the 6 Hours of Shanghai, as Swiss ace Alexandre Imperatori suffered minor injuries resulting from the hefty impact.

Nevertheless, KCMG can be proud of their acheivements, as Richard Bradley, Matt Howson and Imperatori secured three LMP2 class wins in the 03R at Fuji, Circuit of The Americas and Interlagos during last season. They also secured two second-place finishes and took one pole position, which saw the team end up third in class behind eventual champions SMP Racing and runners-up G-Drive Racing.

Since the decision was made, KCMG have shown good pace, having narrowly missed out on the Asian Le Mans Series title to OAK Racing in 2013, taking two wins during that season. Coupled with a move up the WEC, switching from the Morgan to ORECA chassis for last year, they are the only Asian team in the series’ history to take a win, but showed that they were ones to watch.

The collaboration with ORECA now continues into the 2015 campaign, which started so fruitfully early last year, as the new closed-cockpit ORECA 05 will be the car that this Asian outfit will use to compete in the LMP2 class once again, with title hopes still burning brightly.

The new car from the French constructor will be publicly unveiled at the end of February, as ORECA Group President, Huques de Chaunac, explained that when KCMG joined their stable of customer teams, an “excellent working relationship” was formed, which paid off in terms of the results that KCMG have achieved this year.

“They were one of the best performing teams in the FIA World Endurance Championship last year and had a legitimate chance at the title. 2015 will usher major changes as KCMG will be racing an all-new ORECA 05 and we are looking forward to working with them and continue building on that strong bond that we formed in 2014,” said de Chaunac, who stated that ORECA is happy that KCMG will continue their racing in the world of sportscars with them. “They are a high-quality outfit and very professional. KCMG’s choice confirms the international scale of our activities as a constructor."

KCMG Founder, Paul Ip, stated on behalf of the team that they are pleased to extend their working relationship with the professional nature of a team such as ORECA into their third racing season in sportscars: “Evidently, the ORECA 03R is a race-winning machine and has led our team to three laudable victories in our first full season competing in the World Championship. 2015 marks our third year in endurance racing and with our recent acquisition of the new ORECA 05, we are confident that our forthcoming LMP2 campaign will yield better results! We are looking forward to our first shakedown of the new LMP2 in March!”

KCMG WEC Team Manager Erich Kolb is hoping for further success in the LMP2 class for the forthcoming campaign, especially with the team already having achieved great results in the past two seasons: “We’re very excited to unveil the new car! This will be a big step forward for KCMG after a successful 2014 season in the World Endurance Championship. ORECA has been a huge part of this success and we are looking forward to continued success with them.”

With the prologue for this year’s WEC set to take place at Circuit Paul Ricard in the latter part of March, KCMG will have a strong foundation ahead of this year’s challenge, having fought hard to get where they are now. It will be a busy season for the Asian team, who will be racing in six other series, which includes single seaters as a big part of their program across Asia.