How the New Nissan Qashqai came about

DESIGNING THE NEXT CROSSOVER ICON

It’s one of the great design stories and one of the great motoring successes of recent times, but as the new generation Nissan Qashqai starts off the production line at the company’s record-breaking Sunderland plant, we thought we’d take a look at just how did the new Qashqai come about? 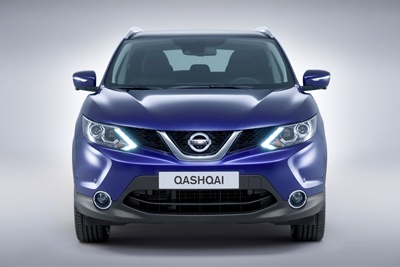 Redesigning a car already loved and admired by nearly 2 million owners isn’t an easy task, but it was something that Nissan's chief creative officer Shiro Nakamura and the UK-based Nissan Design Europe team were glad to take on, quickly establishing three core values for the new Qashqai.

"The inspiration was three-fold,” explained Shiro Nakamura. "Athletic Agility, Smart Premium and In Control are themes that run through every element of the design. This car represents several years of dedicated work. We have created an all-new design that builds on the success of the first generation Qashqai and confirms Nissan's crossover leadership." 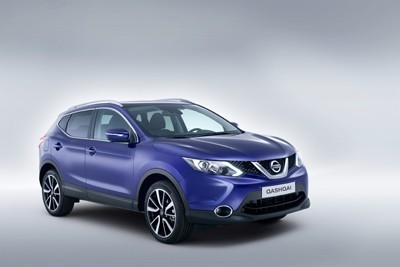 First up, they looked around for inspiration and found it in the Nissan's crossover family’s DNA, and built the new Qashqai with a bold, sporty stance that didn’t take anything away from the old Qashqai, just added to it.

And one way that this was achieved was by looking at the wheels and how they related to the rest of the body, as Design Excellence Manager of Nissan Design Europe, Darryl Scriven, explains: "We opted to change the wheel arch volumes to accentuate the car's strength and confidence. By creating longer window lines we were able to add a little more mass around the wheels. We wanted to use the middle of the body as a connector to link the four corners and a shape that would be more athletic. A wheel-oriented design such as this shows more power and protection and suggests that the car has a proud, inner strength. 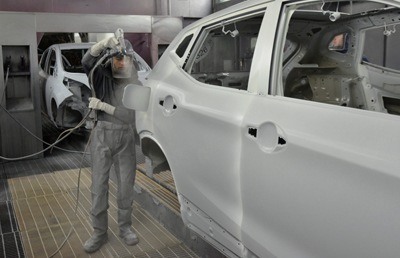 "The new Qashqai even has a ‘faster' roofline than the first-generation car. It drops towards the rear of the car and we've extended the line with a long overhang. This enhances the feeling of speed and agility and gives the new Qashqai a more dynamic look."

Taisuke Nakamura, Design Director of Nissan Design Europe added to this, commenting further on the look of the new Qashqai: "We've added more emotion to the car. There's more movement on the surfaces and a clearer definition of volumes. We wanted to make the new Qashqai more modern and I'm confident that we have achieved that goal. Look at the front quarter and you can see the contrast of dynamic volumes and very sharp graphics of the headlamps and radiator grille. The V motion grille leads into the bonnet sculpture to stretch the dynamic motion from the grille towards the A-pillar. This contrasts with the fluid body and dynamic shapes." 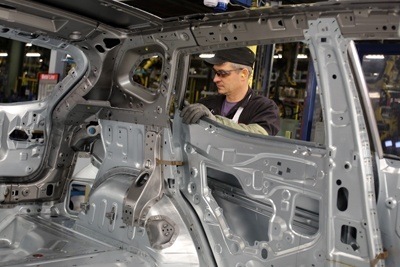 Adding to the car’s emotion is its own personality that many car manufacturers and designers talk about, yet few achieve. Nissan HAVE managed it with the new Qashqai (as they did with its older and original sibling) and nowhere is it more strikingly obvious than with the front and rear lights that the design team took a lot of time on, as Darryl Scriven explains: "We wanted the Qashqai to be instantly recognisable at a distance - whatever the lighting conditions. The rear combilamp and headlight follows the boomerang design theme - a core element of Nissan's new design language which gives sharp impression by adding clear direction for the illumination. With so many others competing in this area of the market, you need a powerful visual signature that works day and night." 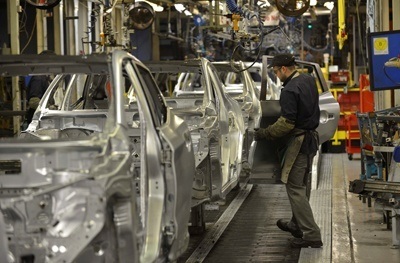 So that’s the look of the car sorted, but it’s not just that that has been improved. The philosophy that Nissan has adaopted of ‘accessible technology’ is obvious in the new Qashqai - from the interior materials and controls to the exterior details.

The Nissan Design team looked at what was available out in the technological world that would be good to use on the new car right at the start of the project’s process, and by doing this they were able to integrate all the key features into the car, meaning that all the Qashqai's technologies are perfectly integrated into the finished product.

One example of how this ideal worked, as Darryl Scriven explains, is with the LED headlamps. "We initially started out wanting to use the same bezel as the standard light. But we didn't think it showcased the technology as well as it could do, so we completely redesigned the bezel for the LED headlight. It's a beautiful element of the car with some incredibly complex geometric lines and shapes." 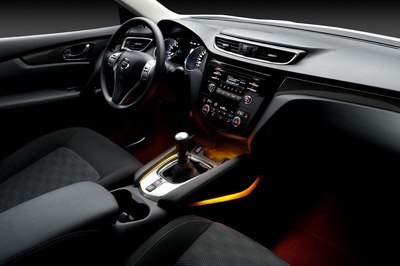 And this attitude continued throughout the car as Nakamura's team continued to integrate many styling devices and bits of technology normally only found on more expensive luxury models, their passion for integration an integral part of the build.

"Premium touches such as chrome trim around the windows were part of the design from the start. You can't just add these at the end and hope it looks premium," says Darryl Scriven. "Details are the key to the premium feel. Look at the panel gaps and areas where three panels with different materials meet. These processes take a very long time to perfect, but the difference to the finished car is massive." 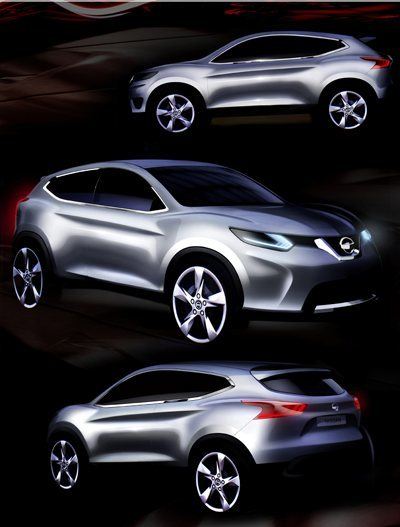 And then the third part of the ‘Qashqai Inspiration Trinity’ is the theme of giving passengers and owners a feeling of security and control.

"To create a feeling of security purely with design is difficult, so it was a real challenge for us at the start," explains Taisuke Nakamura. "We knew from early in the process that we wanted to increase the wheel size. Designing the car with larger wheels emphasises the feeling of driving capability, and that imparts a sense of security with the driver. We really pushed for this at the start." The result of the pushing is that the Tekna versions of the new Qashqai are fitted with 19-inch alloy wheels as standard.

Making sure that BOTH driver and passengers got that feeling of control and security inside was a big ask for the Design team – especially as they had asked the question themselves – but Taisuke Nakamara thinks that they have helped with the main instrument panel being a major element of the new design. “Visually, it expands the width of the cockpit and flows into the door design. This creates a focus point at the centre for all the important displays and makes passengers feel protected by the car. To emphasise this feeling of protection, the lower section of the dashboard features padded panels, along with additional pads on the centre console for the knees."

So now it’s over to the boys & girls at the Sunderland plant where the new generation model is now in full production, a Qashqai built every 61 seconds on the factory’s Line 1- a line that has run on 24-hour operations since 2010 to meet demand, and where the 100% electric Nissan LEAF is also made

To celebrate the first model rolling off the production line there was a special ceremony at the plant featuring a newly commissioned film which featured many member of Nissan’s 7,000 workforce there (a workforce that works at a plant supporting more than 40,000 UK automotive industry jobs in design, engineering, manufacturing, marketing and sales) and hosted by Nissan’s Chief Performance Officer, Trevor Mann CBE, who had this to say:

“The Nissan Qashqai blazed a trail when we started production in 2006. It invented the Crossover segment, propelled the Nissan brand in Europe to a new level and helped our plant in Sunderland to set new standards in productivity and quality.

“The new Qashqai, with its bold design and segment-leading technology, will once again elevate Nissan to a new level, as the benchmark for the second generation of Crossovers and our flagship model in Europe.”

Even the Prime Minister, the Rt. Hon. David Cameron jumped onto the good news bandwagon with a quote: “It’s great news that the new model Qashqai is rolling off the production line in Sunderland. Nissan supports 40,000 jobs across the UK, and when you add that to the half a billion pound investment that Nissan have made in this country for this new model, it shows how our long term plan is giving companies the confidence to invest and create jobs in Britain.”