How To Protect Your Vehicle From Car Thieves 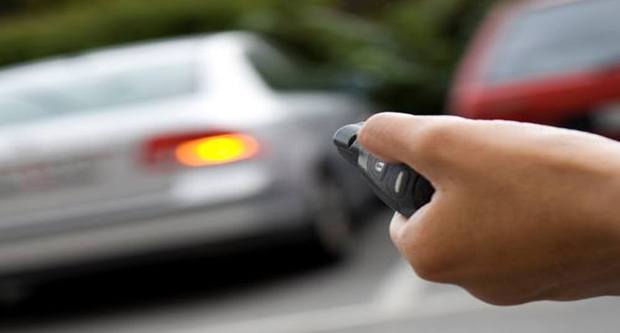 A recent report in the Daily Telegraph informed us that "according to the Office for National Statistics, there were almost 358,000 reported instances of thefts from or of a motor vehicle in 2014." With car thieves finding more and more ways to commit car crimes, it is more imperative than ever for car drivers to find ways to make sure that their motors are safe - and the contents too!

This is especially true if you drive one of the most popular cars to be stolen (and thankfully recovered) in 2015:

Looking at these models, it is obvious that certain cars are targeted by professional car thieves either stealing to order (to sell on or to use for more specific criminal activities) or stealing to use for other nefarious means such as 'joy-riding', although no cars are safe from having items stolen from them - be it part of the car technology or personal effects.

This is because we are not just talking about cars being stolen, but also being broken into.

The majority of cars on UK roads have alarms on them and many of them also use immobilisers, but thieves are finding ways round this technology to steal the motors. Many cars have GPS technology such as TRACKER, which is often responsible for getting stolen cars returned to owners and not seen by thieves, but now criminals are "pinching and parking" where they park up stolen cars and keep an eye on them. If they are not recovered in a few days, they are then moved on as it has become obvious that they are not protected.

So, what can we do to protect our cars and the contents of them?

When it comes to central locking on in cars, when you press the remote control button, you can hear the reassuring clock or clunk of the locks. And you can usually see flashing indicators too so that you know that the alarm is on.

Make sure that you hear and see these if your car features them rather than a cursory button press and walk away. That way you know that the car is locked and alarmed. But if you don't hear the clunk or see the flash, it could be a sign that your key fob is not working properly (it may be the battery) and therefore your car is not locked and/or alarmed - or it could be something altogether more sinister and worrying.

It has become a more regular occurrence the car thieves are using remote locking jammers to prevent the signal from the fob reaching the car, and keeping it unlocked and therefore easier to steal or steal from.

A good way to do this is to pull the door handle before you walk away, but be careful if your car is one that uses a keyless entry system, because this automatically unlocks the car when the door handle is pulled (if the keys are sensed nearby). So in this case it would be better to look through the windows to check the internal locking mechanism which is normally made up of the pins on top of the internal door panels. Make sure they are down and therefore locked.

Be careful where you park the car

Car crime can be a problem even in the 'nicest' areas of town, so whether you are there, or having to leave your car in an area that could be considered 'dodgy', there are things you can do to make your car less likely to e a victim of car crime. 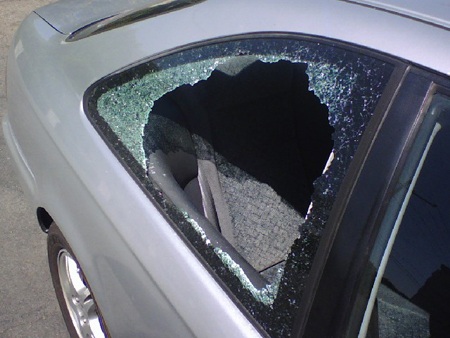 Firstly, park it somewhere that is well lit - or likely to be well lit when darkness falls. If you can park under a  street lamp, do it - even during the day. The longer the car is parked there, the more likely darkness is to fall, and then the car will be in a circle of light and less appealing to a thief.

If you park your car on a driveway at home, park it as close as possible to the front door - and maybe install a security light to illuminate any approach to the car.

If you park in a car park, try and park it as near as possible to an occupied building where others could see if anything happens.

If you’re in a restaurant or pub, try and park where you can see your car from where you are sitting. If that is not possible, then at least park where others could see if there is anything  untoward going on.

If you are out shopping, and parked in a car park, park amongst other cars, and as close as possible to the main entrance. Thieves are less likely to target cars that are surrounded by others where they could be interrupted by shoppers walking past regularly.

When you park especially when on an incline, leave your car in gear with the wheels turned toward the curb or towards some other obstruction. This makes it harder for thieves to tow your vehicle away if they have managed to get into your vehicle.

Yes. I know it is a really obvious thing to say, but how many of us actually do it?

Satellite Navigation Systems (SatNavs) left stuck on the windscreen or dashboard; mobile phones and wallets left on seats or down by the side of the hand brake or in the space in the dashboard; cash left lying about; bags and coats left on the back seat (sometimes 'hiding' shopping); bags left in footwells; and even papers left lying about with personal details on: all these are magnets to the thief and a attraction towards breaking into the car.

Even the fact that phone leads, briefcases, handbags, Sat Nav holders and paperwork are left lying about will attract the interest of a car thief because it indicates that something interesting to them is inside. And remember that potable Sat Navs leave a circular mark on the windscreen, so even if you remove and hide it, a thief will know that there is one in there if you haven't wiped it off.

Try and take things with you when you leave the car, or at the very least stash it away in a glovebox or boot - or in a lidded storage compartment in the central console if it exists.

Basically; don't leave anything on display.

Invest in some more Security Equipment 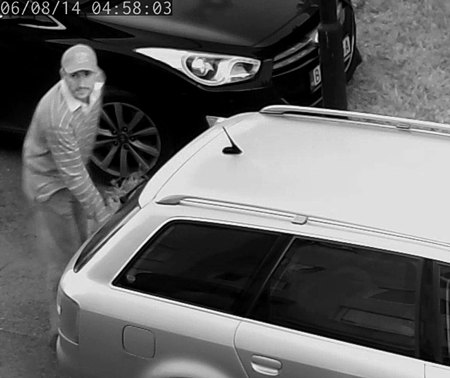 As we have already said, there is a strong likelihood that your car will have either or both of an alarm and immobiliser - and it may even have a whole host of other security technology (such as 'car locking when you drive off') that you don't know about that you should do - but you can add other things to stop your car being either driven off by someone who has no right too or make sure that it comes back if it does.

Or there is the added (and not so obvious) deterrent of a tracking device with its installation and subscription fee, but peace-of-mind when it comes to vehicle recovery. A sticker in a window saying that the car is the subject of a tracking device will also deter thieves, even if it doesn't have one, but if the thief is relying on "pinching and parking", this may not stop them.

If you park at home, you might want to upgrade the parking space or drive security with either a motion-activated home security lamp or CCTV.

Think about where you keep your car keys

There have been many stories concerning thieves 'fishing' keys left on a table through a letterbox, or even an open window, so don't leave keys in full view of anyone looking in.

And make sure that you are aware where your car keys are when you are out and about. A professional car thief can get them out of your pocket without you even knowing!

Again it is an obvious thing to say, but how many times do you see a car left running as the driver 'pops into the shop', dashes in the house for something they have forgotten, pays for petrol, or even demists the windscreen from frost? You may only be away from the car for a few minutes, but an opportunist thief only needs a couple of seconds to jump into the driver’s seat and speed off.

And besides losing the car, this sort of theft is not covered by the car's insurance and there will be no payout!

There is the threat of car-jacking in inner-city areas, so it is advisable that you keep the car locked at all times when driving in it. This will also protect you from opportunist thieves opening the boot when you are stuck in traffic and stealing stuff from it.

Also, American Insurance Company GEICO suggest, in their guide to preventing car theft, that you don't keep anything to do with car registration in the car; because if the car is stolen, that goes with it too.

Make sure you know where you are going when you go somewhere, and try to avoid areas known for crime, even if it takes longer to go round them. And watch out for any people hanging about as you park your car, or even get fuel, trying to stay in the light when you do.

If you think that all this is a little scaremongering, take a look at this article from Confused.com where a reformed burglar turned TV presenter called Michael Fraser (who presents the BBC TV Show 'Beat The Burglar') explains just how a criminal thinks when it comes to car theft.